Here’s Your Chance To Own A Truck From Down Under 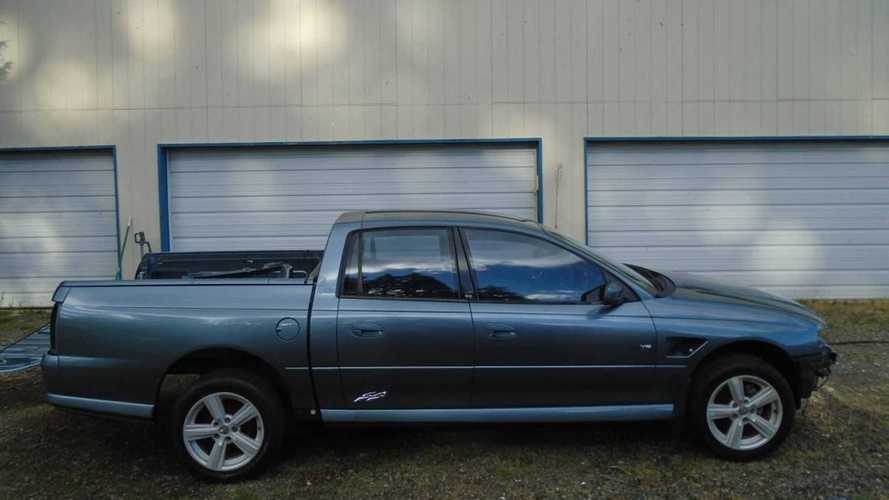 This project 2005 Holden Commodore Crewman is in the States already.

For a little over a century, Holden was an Australian automotive manufacturer. Beginning in 2017, they ceased production of their own vehicles and began importing models from Opel in Germany, as well as both American and Candian-based General Motors manufacturing plants.

However, in the early 2000s, Holden was the one doing the exporting – once a concept of Holden’s Monaro coupe received attention worldwide, General Motors began distributing the model to the United States, where it was known as the Pontiac GTO. Additionally, the Pontiac G8 sedan and the police-only Chevrolet Caprice were also imports from Holden.

Despite being somewhat crazy for trucks, the United States market did not receive the Holden Commodore Ute or Crewman trucks; the Ute was a regular cab, sedan-based truck, and the Crewman was the crew cab version. Perhaps America wasn’t ready for a modern day El Camino at that moment in time, but if you disagree with that sentiment, you can pick up this 2005 Holden Commodore Crewman as a project truck.

Gallery: Here’s Your Chance To Own A Truck From Down Under

This Crewman was legally imported and available in Battle Ground, Washington, where it now sits as a rolling shell. However, the seller notes that this Holden will need a left-hand-drive conversion in order to be road legal in the United States. There is no drivetrain or interior in this project, but the seller offers to help locate Australia-specific parts, and also mentions in the advertisement that it began life as an automatic truck. Additionally, the Holden shares many driveline items with U.S.-market General Motors products.

There are some blemishes on the outside of this Ute, which are mostly contained to the bed area, but it isn’t anything too serious. On the other hand, the undercarriage looks very solid, especially in the frame area. The seller provides a link with plenty of photos in the advertisement, which details the entirety of this project.

The seller of this Holden is asking $4,799 for it. Would you reassemble this Holden, or would you pass on this Ute?

- The Station Wagon You Have Never Heard Of: Holden HR