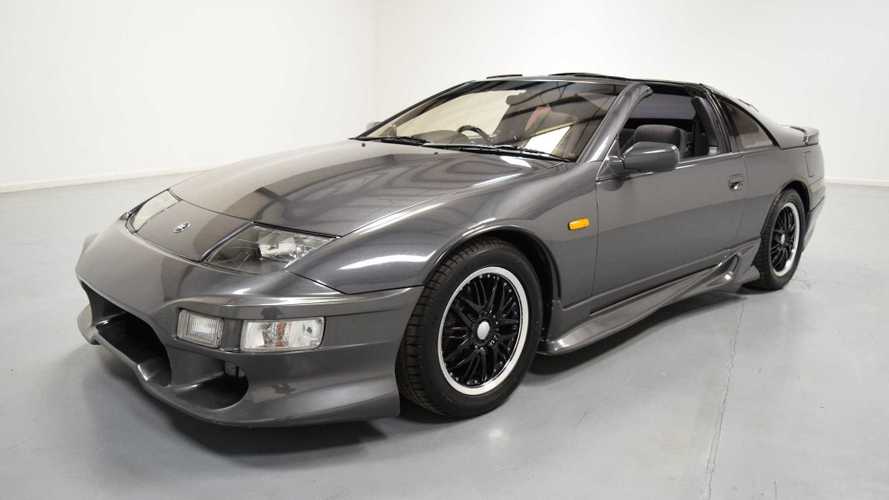 Though it shares similarities to the USDM market 300ZX, this recently imported Z car is very interesting.

Most automotive enthusiasts know about the Imported Vehicle Safety Compliance Act, which many refer to as the “25-year rule.” Long story short, it is completely legal to import, own and drive any foreign-market car, but only if it is older than 25 years old. In recent times, various tuner favorites from the Japanese market are becoming legal, allowing people to import vehicles such as the Nissan Skyline, which were never sold in the United States. However, some folks will import clean, low-mile Japanese versions of cars that were sold in the states that are becoming harder to find, such as this 1989 Nissan 300ZX Turbo.

Shelton Classics & Performance offers this Nissan for sale. The seller acknowledges the fact that this generation of the 300ZX, known as the Z32, is somewhat scarce in the United States, stating “You're probably trying to remember the last time you saw a Z32 300ZX this clean!”

The dark gray exterior of this Z is very clean and straight, with no damage present whatsoever. There is a body kit installed, along with 16-inch wheels and an aftermarket exhaust system, but that covers the modifications to the exterior.

Once you open the doors to this sports car, you’ll notice that the driver sits on the right-hand side, as expected of a Japanese market vehicle. The mostly stock and cloth upholstered interior is very tidy, with an aftermarket NRG steering wheel replacing the stock one, an aftermarket boost gauge, and red upholstery on the trim by the rear seat. Additionally, there is an aftermarket radio installed, due to the fact that the OEM Japanese radio does not pick up the full range of US radio signal frequencies.

Under the hood, this Nissan features a VG30DETT, which is a twin-turbocharged V6 engine. The powerplant pairs with an automatic transmission to drive the rear wheels, and this drivetrain has covered 67,979km, which translates to about 42,240 miles.

Shelton Classics & Performance is asking $11,995 for this right-hand-drive Z32. Would you scoop up this low-mile JDM example, or would you prefer a USDM Z?

- The Nissan Skyline GTS-T Type M Is The Enthusiasts Choice

- Is The 300ZX The Perfect Introduction To Iconic JDM Ownership?