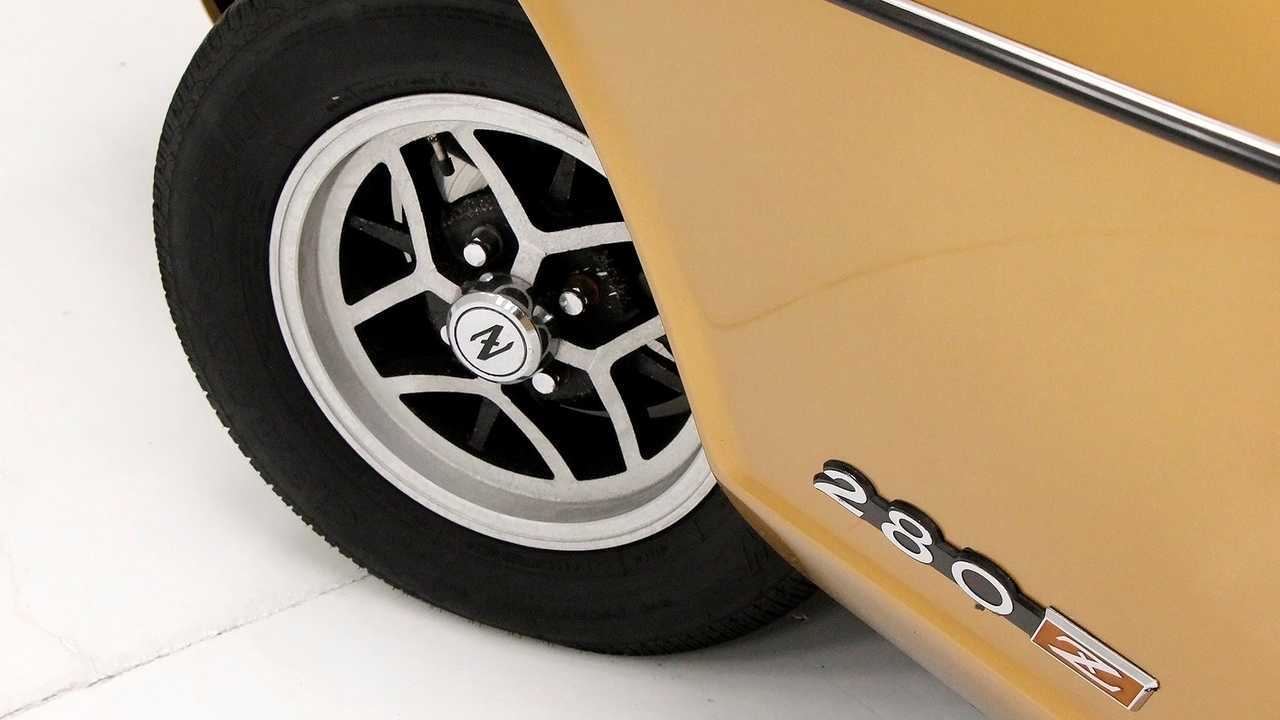 Datsun’s S30 Z car is a favorite among enthusiasts, thanks to its sharp styling and robust powerplants. The 280Z was the last of the S30 Z cars, with the company producing it from 1975 until 1978. This first-year 1975 Datsun 280Z underwent a restoration in 2010, making it an excellent choice for a clean Z.

Classic Auto Mall in Morgantown, Pennsylvania offers this 280Z for sale. As mentioned, this example received a major restoration that replenished both the interior and exterior, and it’s ready for plenty of driving.

The exterior features an eye-catching Metallic Gold color, and the body is straight, featuring good panel gaps and no rust. As part of the restoration, new panels replaced rusted ones, while the doors are total replacements. Also, all of the chrome trim and badging are in great shape. There is some minor surface rust on underbody components, but the floors and frame are rust free.

On the other hand, the simplistic cockpit on this Z is remarkably original and tidy, featuring the factory steering wheel, original radio, and re-dyed original seats. The headliner is in great shape, while the carpet only has a few minor blemishes and the door cards were recently recovered. Unfortunately, the air conditioning does not work at the moment, but it only needs a recharge in order to function again.

This 1975 280Z has an impressive 97,042 miles, which is a documented figure. Under the hood, you’ll find Datsun’s L28E powerplant, which is a 2.8-liter inline 6-cylinder engine, which a 4-speed manual transmission to drive the rear wheels. Additionally, the driveline features a handful of newly replaced items, including a new clutch master and slave cylinders, plus a new fuel pump.

Classic Auto Mall is asking $23,900 for this pretty and Datsun. Do you think you could see yourself going for this Gold Z?