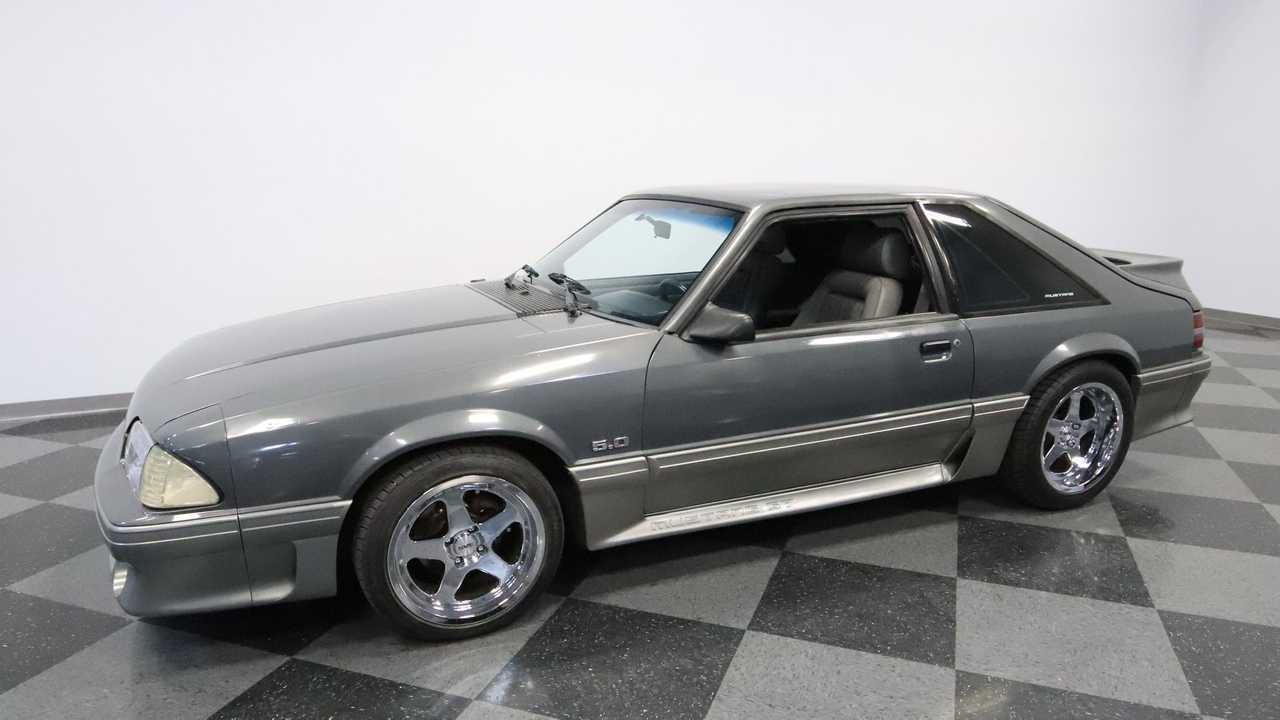 This tastefully modified Foxbody is worth checking out.

Despite being somewhat of a rarity in today’s automotive world, two-tone paint schemes were very prevalent at one point, especially during the 1980s and 1990s. Another entity that is less commonplace these days is Ford’s third-generation “Fox Body” Mustang – it was once a regularly used performance vehicle, but pristine examples are a rarity anymore. Luckily, this clean and tastefully modified 1989 Ford Mustang GT combines the aforementioned attributes, and it also features a 5-speed manual transmission.

Streetside Classics in Mesa, Arizona offers this Fox Body for sale. They note that it is "ready to run,” and provide photos detailing the cleanliness of this pony car.

As mentioned earlier, the vehicle sports a clean two-tone gray paint job, which the seller believes is original. The paint scheme also brings out the factory body kit, which nicely complements the aftermarket wheels and modern performance tires. Additionally, this model features a handful of suspension-related upgrades, including a K-member brace, subframe connectors, and double rear sway bars.

The grey theme continues to the mostly stock interior, but there are a handful of upgrades, such as gauges located on the A-pillar, electronic fuel injection controller, and a Hurst shifter. This Mustang also features a handful of factory comforts such as cruise control, power steering, power windows, power locks, AM/FM/CD stereo, and air conditioning. All things considered, the interior is very tidy, just like the rest of this performance vehicle.

Under the hood, you’ll find an upgraded 5.0-liter V8 engine with upper and lower intake manifolds from a Mustang SVT Cobra, aluminum heads, performance headers, a dual exhaust system, an aluminum radiator and even more. With just 92,323 miles on the odometer, this powertrain should provide plenty of thrills for years to come.

Is The Price Of This Show Car Fox Body Reasonable?