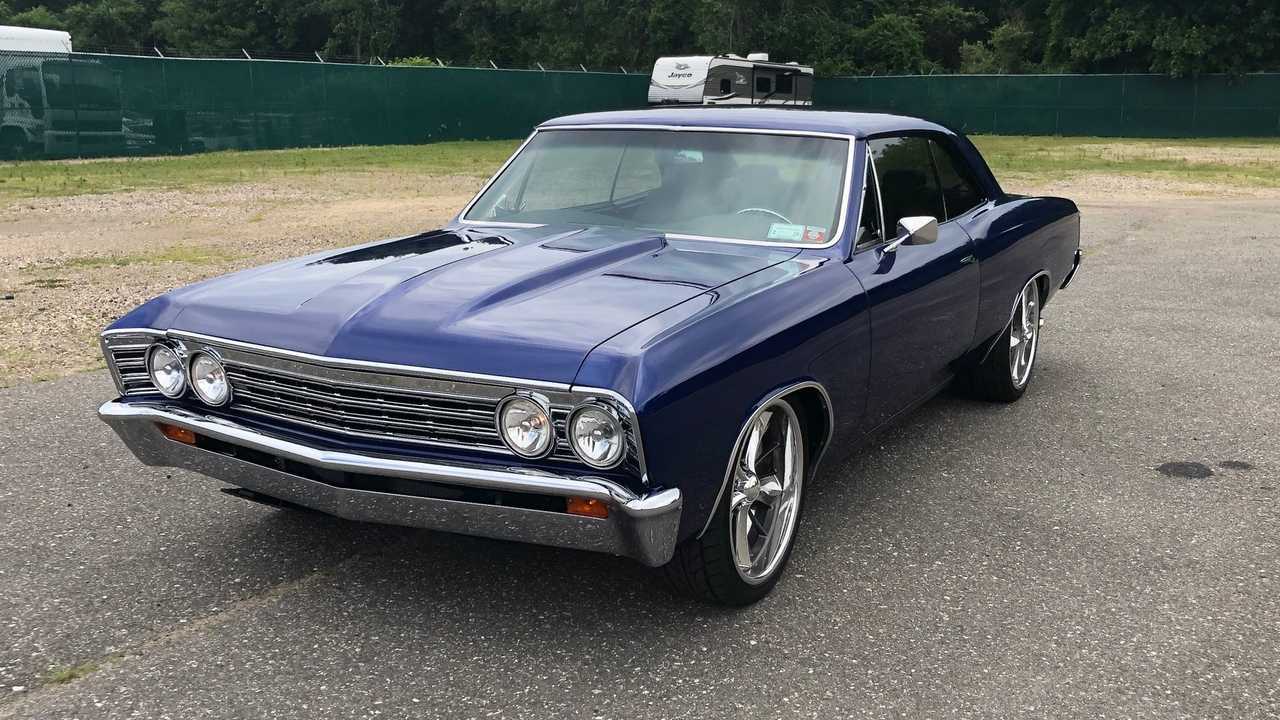 Hollywood Motors in West Babylon, New York is pleased to offer this pristine 1967 Chevrolet Chevelle SS up for sale. This vehicle has just 737 miles on this complete custom build and was treated to a pro touring restoration. The current asking price as of this writing is $114,500, which may seem like pretty penny but really speaks volumes to the condition, quality, and work that has been put into this show car. Speaking of shows, this ’67 example is an award-winning Chevelle thanks to its immaculate state, both inside and outside. It’s not hard to see that the previous owner really put their heart and soul into elevating this Chevelle SS to new heights.

This 1967 Chevelle SS underwent a 5-year, no expense-spared, nut and bolt, pro touring restoration from the ground up. Pro touring differs from a standard restomod in that it refers to a kind of classic muscle car that has been profoundly enhanced to meet and/or exceed performance standards of a modern performance car. This way, the vehicle could easily drive alongside a Ferrari or Porsche and sometimes even zoom past it. While esthetic upgrades are also a part of the process, the main focus is on advancing its function.

The Chevelle SS you see here is powered by a GM ZZ 502ci big-block crate engine mated to a Tremec 6-speed manual transmission. Other goodies include a 3-inch exhaust with SpinTech chambered mufflers, Sanderson headers, a Vintage Air Front Runner drive system, Holley carburetor, and custom-built high-performance polished radiator with dual 3000 CFM fans. As you can see from the photo above, this Chevelle’s engine compartment is highly detailed and shines bright. It features many detailed chrome engine accessories to add to its incredible luster, especially evident on a nice sunny day at a car show.

This car fires right up and drives like a dream on a modified pro touring stage 3 suspension system by Speedtech with fully adjustable front and rear coilovers. The exterior also received some TLC with smoothed door handles and bumpers, as well as a Fesler billet aluminum hood and trunk hinges. The interior is also one of a kind with a fabricated dashboard featuring classic instruments, gauges, and a Flaming River tilt steering column with a leather-wrapped custom steering wheel. The seats and console were modified to fit from a 2012 Cadillac CTS. Additional features include navigation, keyless entry, power windows, power steering, and a matching trunk.