Video: 1957 Plymouth Belvedere Was Underground For Over 5 Decades 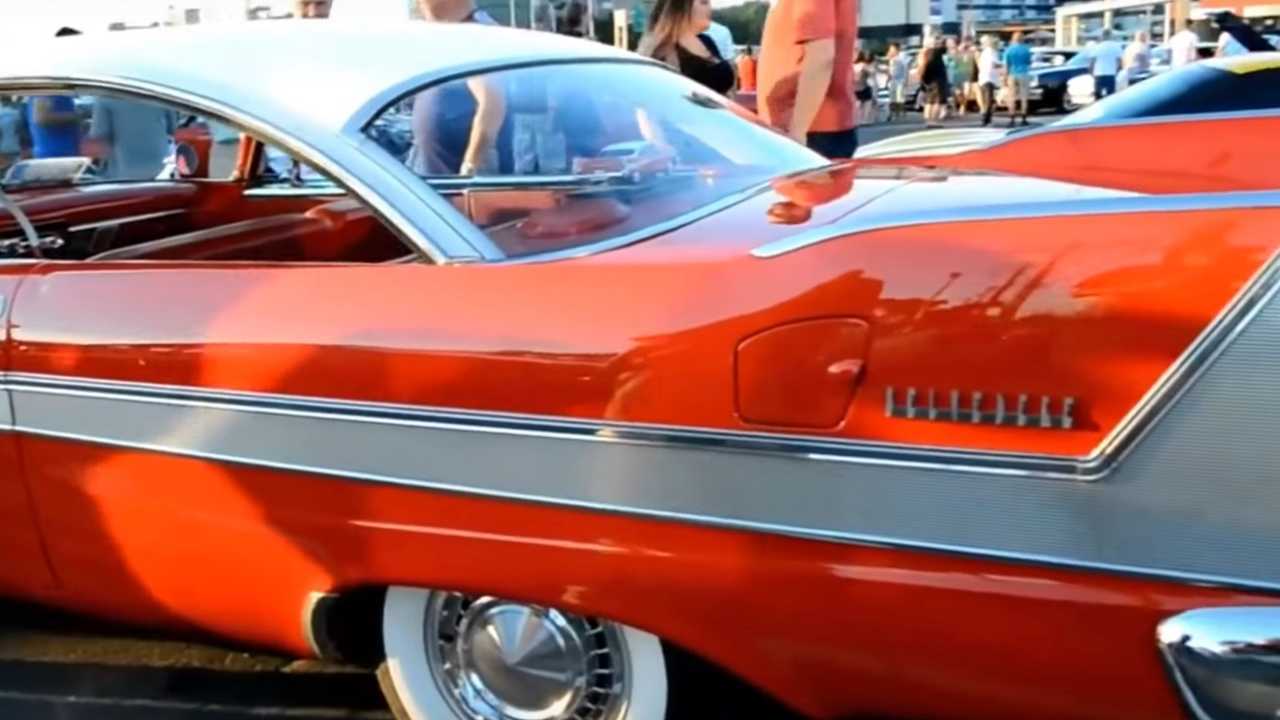 Its home was a waterlogged concrete vault.

The Plymouth Belvedere was produced from 1954 until 1970 in several models that included a two-door hardtop, convertible, four-door sedan, and two-door Suburban station wagon. Now, what if you could win a free and all-original 1957 Plymouth Belvedere with just four miles on the odometer. Who could say no to that, right? You may want to think again, because this example doesn’t run and is held together by a lot of rust and mud. After all, it spent the last 50-plus years in a concrete vault underground. Youtube channel, THE MAGNUM, delves into who buried classic car in the first place and the reasons why.

This ’57 Belvedere was buried as somewhat of a “time capsule.” To commemorate Oklahoma’s 50th anniversary of statehood, the city of Tulsa decided to bury a brand-new gold-and-white Plymouth Belvedere beneath the lawn of the city courthouse. Its trunk was also packed with relics and keepsakes; it was also a prize for whoever could accurately guess what the city’s population would be in 2007. The vault was built out of reinforced concrete and the car was lowered in shrink-wrap with concrete slabs and dirt piles on top. However, while the vault was designed to withstand a nuclear weapon, it was not waterproof after all. Groundwater submerged the helpless vehicle; when unwrapped, a truly a sad sight appeared. Check out the video to see exactly what was found.

The Belvedere found its way into showrooms in 1953, as part of the Cranbrook lineup. It returned in 1954 as a stand-alone luxury car. The Belvedere continued as Plymouth’s full-size car until 1965 when it moved down to an intermediate size. The vehicle was replaced after the 1970 model year by the Satellite – a name originally used for the top-of-the-line Belvederes.

In 1955, Plymouth redesigned its entire fleet to fall in line with the highly successful Chrysler, DeSoto, and Dodge “forward look” updates. The cars became longer, lower, and sleeker. The 1957 model that is talked about in this video produced high sales for the Chrysler Corporation, and for the Plymouth line altogether. The vehicle’s design was so revolutionary that the brand used the slogan “Suddenly, it's 1960!” to promote the new model.

One thing is for sure, the Plymouth Belvederes of this era are massive vehicles that visually stand out with ease. While the ’55 and ’65 models have more conservative styling, the larger ’57-’60 models struggled with rust problems and are hard to come across outside of the desert states (just as in this video). Even so, the entire lineup of Belvedere models encompasses and flaunt the stunning styling of the iconic 1950s and are worth collecting, regardless.