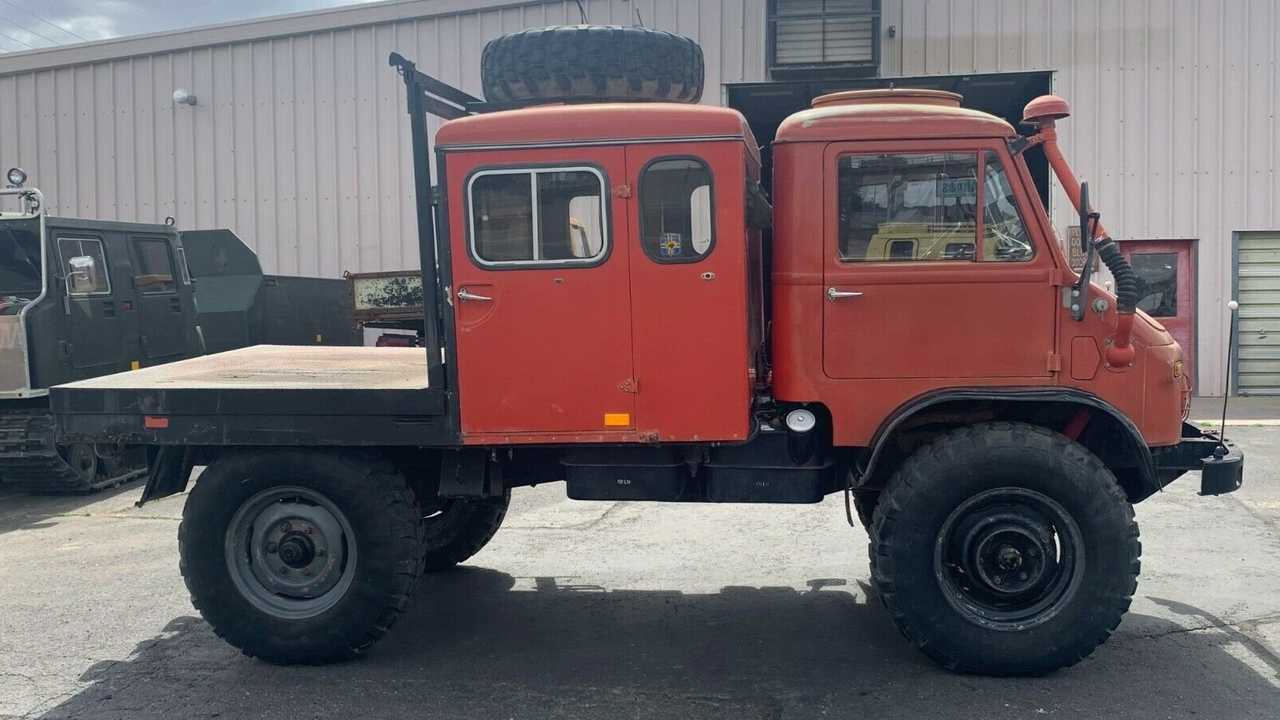 While most Mercedes-Benz models focus on luxury, this one is strictly utility-oriented.

Despite mostly being known for their efforts in the luxury vehicle market, Mercedes-Benz has produced some rather utilitarian models, and still does to this day – look at the brand’s Metris and Sprinter commercial vans. While I’m sure this isn’t the first model that most people think of when mentioning the company, this 1965 Mercedes-Benz Unimog 404 is undeniably cool.

Vintage Car Collector in Glendale, California offers this Benz for sale; however, the location of the vehicle is in Colorado Springs, Colorado, where judging from the pictures, it’s not the only Unimog on the property. The seller doesn’t provide a ton of details regarding the truck, but everything seems pretty straightforward. This isn’t a showstopper by any means, but there’s plenty of room to haul just about everything and everyone wherever you need to go.

Mercedes-Benz manufactured this particular Unimog from 1955 to 1980, and it features a downswept frame design, which contributes to both the payload and off-road capabilities of the truck. The undercarriage of the truck seems to be in decent shape, as does the body, though it’s clear both areas have seen plenty of use. Inside the cabin, things are basic, but they seem to be holding up well, especially given the truck’s age and intended purpose.

This truck uses Mercedes-Benz’s M180 inline 6-cylinder engine, which is a 2.2-liter gasoline-powered mill. From the factory, the engine produced 80 horsepower, so it’s safe to say you’ll get where you’re going, just not in a quick manner. The engine pairs to a 6-speed manual transmission, which happens to feature two reverse gears. The truck’s 5-digit odometer displays 40,190 km, but the advertisement does not provide a number, so it is likely that this Unimog’s true mileage is unknown.

After Versatility But Don’t Want A Unimog? Try This Volvo C202