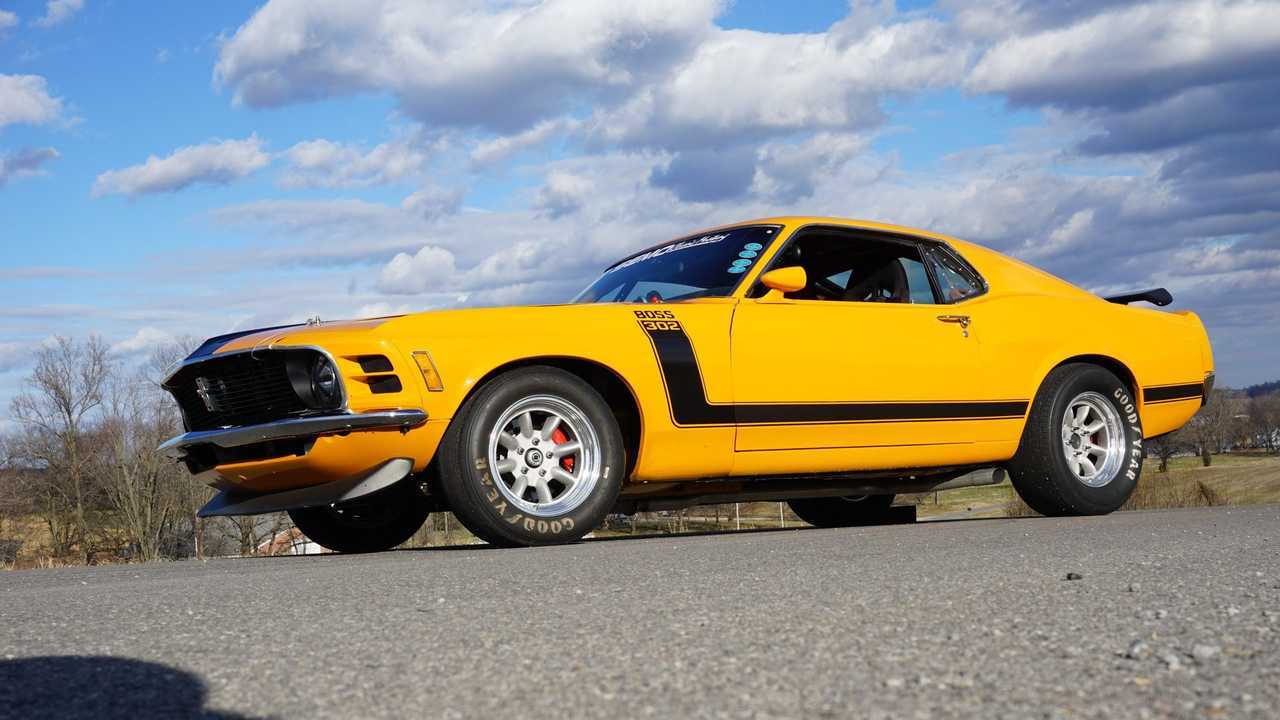 This Boss 302 pays tribute to the Trans-American Championship racecar.

When it comes to classic racecars, it is extremely challenging and expensive to get your hands on a 'real deal' example. However, as we’ve seen with tributes such as this replica of the Rothman East African Safari 911SCRS, painstaking effort often goes into these recreations. This 1970 Ford Mustang Boss 302 pays homage to a Trans-American Championship race car, and while it may not be the original, it’s still one wicked and clean ‘Stang.

2S Motorcars in Cape Girardeau, Missouri offers this Mustang for sale. Described as a fun and functional tribute to the Mustangs that dominated the Trans-Am Racing Series, this example underwent a restoration in 2012 and also features a clean title, meaning this track-oriented car could easily see use on the street.

The exterior features a fantastic Grabber Orange paint job, with this Mustang paying a near-direct tribute to chassis 3-1971, which was a backup car for the Trans-Am series. However, this chassis later saw use during IMSA races.

Inside the cabin, you’ll find a simple layout – there are two Summit racing seats, racing harnesses, and a roll cage. There’s also a handful of information gauges, including a dash-mounted tachometer.

While the original Trans-Am cars featured a 302 cubic-inch V8 engine, this replica utilizes a built 402 cubic-inch stroker engine with long tube headers and a side exit exhaust. The V8 pairs to a period-correct 4-speed manual transmission with a Hurst shifter, which delivers power to a 9-inch Ford rear. There are also chassis upgrades such as a modern rack and pinion style steering system, an improved rear shock setup, and Wilwood disc brakes at all four corners. Lastly, the car rides on 15” Minilite wheels, which feature Goodyear racing slicks all around.

Show Them Who's Boss With This Restored Mustang Boss 302

This Boss 302 Mustang At GAA Is Totally Unique