This 1996 Chevrolet Impala SS Is One Sinister Sedan 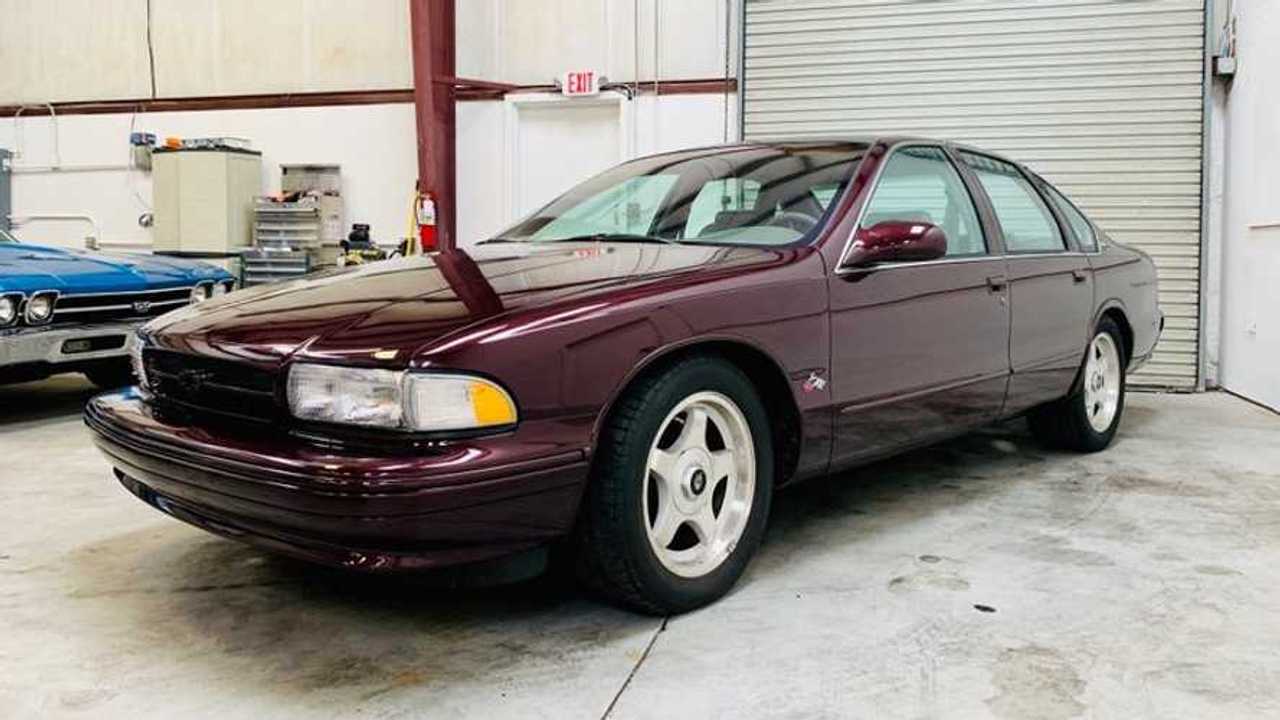 And it's priced right to be a show car or a daily driver!

As big American sedans gave way to SUVs and crossovers in the mid-'90s, the Chevrolet Impala SS marked the end of an era for Chevrolet as one of the brand's last performance-minded sedans. Originally developed as a SEMA show car in 1992, Chevrolet transformed the Caprice into the Impala SS by giving it the Corvette's LT1 V-8, a police car suspension, big mag wheels and a monochromatic paint scheme.

Compared to the Caprice off which it was based, production of the Impala SS was somewhat limited with about 70,000 units being produced from 1994 through 1996, but that's still almost six times the production figures of the recent (2014-2017) Chevrolet SS.

Thanks to its higher production numbers, the Impala SS is extremely attainable, and these cars continue to be collectible if you can find one that hasn't been raced, wrecked or modified. The overall condition of this 1996 Impala SS shows that it has obviously been well cared for in its day, and at the same time, with 72,000 original miles showing on the odometer, it has also been enjoyed over the last 23 years. As an added piece of collectability, this car even comes with its original Monroney sticker!

Although black was definitely the most popular shade for the Impala SS, Dark Green and Dark Cherry were also available. These hues helped give the long and low Impala SS a more imposing presence. Each of the Impala SS' model years brought unique touches, but it was the final model year that made this big sedan feel like a sports car by replacing the column-mounted shifter with a floor-mounted, T-handle shifter and giving the dash a set of analog gauges.

Gallery: This 1996 Chevrolet Impala SS is One Sinister Sedan

Like many cars of this era, it's getting harder to find a clean, unmolested Impala SS, but this two-owner 1996 Chevrolet Impala SS being sold through SuperSport Classics is a true survivor and a great buy at $13,500.