2005 Porsche Carrera GT Base Model Is Anything But Basic 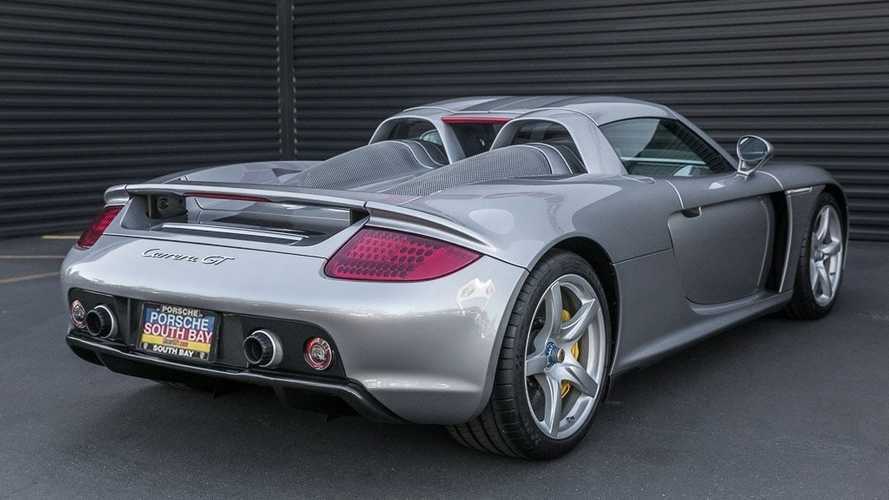 Just have a look-see for yourself.

Porsche South Bay is happy to offer this immaculate example of the renowned Carrera GT. This base two-door roadster is in excellent condition and has just 4,690 original miles to the dash. At first glance, the $699,998 price tag may seem excessive, but when you think about the rarity and worth that this beauty brings, it really is a proper valuation.

Porsche began producing the Carrera GT in 2004, marking them with an MSRP of $440,000. In August of 2005, Porsche announced that it would not continue producing the Carrera GT into 2006. Thus, although 1,500 units were originally slated for the production run, only 1,250 cars were built. During its short two-year run, only 644 models were delivered to the U.S. What’s more, just 340 Carrera GT models were sold in the United States in 2005. That makes this 2005 Porsche Carrera GT Base a super rare find and hard to come by. Don’t miss your opportunity to own this legendary piece of German artwork.

This 2005 Porsche Carrera GT is finished in the iconic GT silver paint over a dark grey natural leather interior with wider XT bucket seats. This is one of the most preferred color combinations of a GT at a market leading price. The stunning silver metallic exterior shines bright and is in excellent condition without major blemishes or chips.

Gallery: 2005 Porsche Carrera GT Base Model Is Anything But Basic

The Carrera GT supercar is powered by the impressive Formula One-derived 5.7-liter V10 engine mated to a six-speed manual with overdrive that delivers 605 horsepower and 435 pound-feet of torque. This potent beast also has a top speed of 205 mph.

Despite having three previous owners, this GT model has lived its entire life in sunny Southern California. It has been regularly serviced by Porsche Newport Beach, Beverly Hills Porsche and Porsche South Bay. Recent services include new tires and a battery replacement. No additional service is currently required and the clutch has just been tested well above the minimum specifications.

This Restored Porsche Carrera GT Is Better Than New