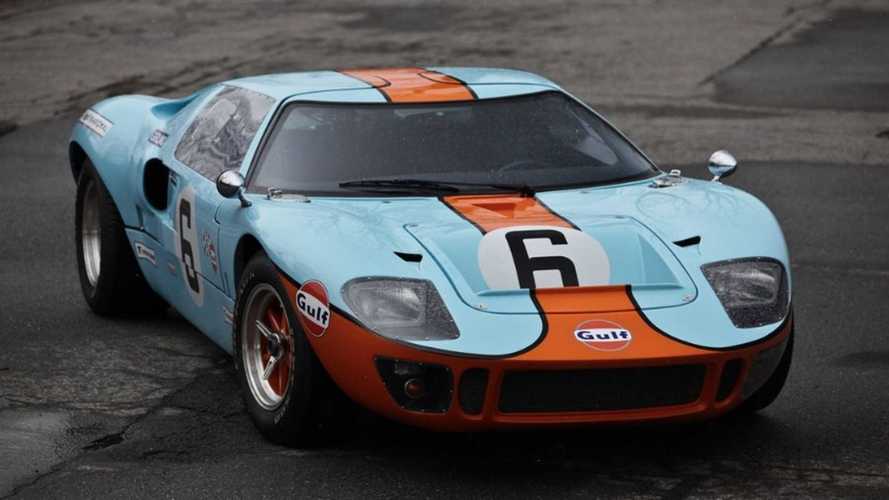 The vehicle you see here is a recreation of the 1965 Ford GT40 Mk1 by none other than Cape Advanced Vehicles. It is a true work of art and highly unique example, having been owned by the head of CAV North America himself. With meticulous documentation and excellent maintenance, this GT40 project is considered to be one of the more impressive CAVs ever offered for sale.

This particular GT40 recreation was completely hand assembled and fully optioned at the factory and by the factory, which is something very rarely seen on CAVs. Most CAV vehicles arrive in the United States already partially assembled and are put together by different shops. What’s more, several hundred photos were taken of this 1965 Ford GT40 Mk1 throughout its manufacturing in order to document the process. The images are all contained on a CD-ROM that comes with the purchase of the car.

The CAV GT40 you see here from Central Classic Cars was built in 2009 on special order for the head of CAV America. He spent nearly two months traveling back and forth to South Africa to personally supervise and contribute to the build of this incredible car. He then went on to use it as his personal vehicle and maintained it to the highest levels.

Being ten years old, this car has over 1,000 improvements over the earlier (pre-100) cars, according to the factory itself. This includes an Audi O1E gearbox, fully adjustable suspension with uprights, improved thicker halfshafts, 930 CV joints, Wilwood brakes, and air conditioning. It also features an adjustable seat and pedal box for increased comfort and the ability to seat drivers up to 6’4” tall. The 302 motor setup in the car was professionally installed by a man that builds motors for South African V8 racecars. It is also running on Webers, which is another expensive and rare option that is not often found on these cars. The Webers were retuned recently, and the car runs well and drives like a dream.

This model is not a kit car, it is a hand-built stainless steel monocoque that was constructed and designed at a state-of-the-art facility in South Africa. CAV is known to be one of the best, if not the best GT40 replica. It’s not hard to see why, either. This recreation, in all its Gulf livery, is pristine and takes us back to the gorgeous, high-performing GT40 cars of the 1960s.

This is a super rare opportunity to own a Gulf GT40 recreation by one of the most reputable companies in the industry. It pays homage to the Gulf GT40s that dominated Le Mans. CAV is the only company officially licensed to sell a Gulf motorsport car; in other words, this is the only officially sanctioned replica out there. This stunning beauty is also endorsed by and registered with the Gulf company registry.

Not only is this a beauty to look at, but it delivers the proper exhilaration and performance when driving as well. Just get in the driver’s seat and you’ll be hooked. With this creation, man and machine become one.

Own This GT40 MKI Wide Body To Connect With Racing History
Source: Motorious
++