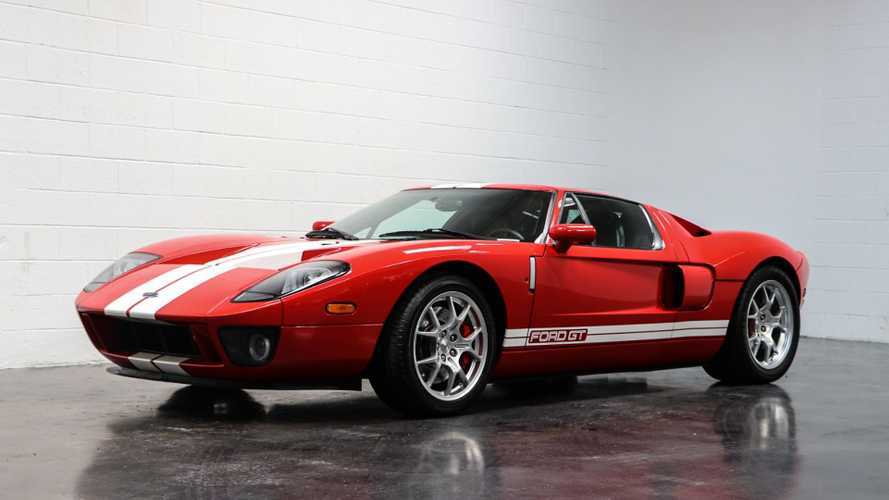 You know people are going to mistakenly think this thing is a Ferrari.

Your average person has no idea that Ford has made a supercar, which is partly what makes this 2006 Ford GT so awesome to drive through any city. It will draw plenty of stares because it looks absolutely wild. Fortunately this Ford can back up those looks, making for one of the best car ownership experiences you can get.

Nestled behind the driver and passenger is a mid-mounted 5.4-liter supercharged V8 engine, just like in a proper supercar. It kicks hard with a peak 550-horsepower and 500 lb.-ft. of torque, making the Ford GT a car nobody with any sense would dream of calling mediocre. The driver uses a 6-speed manual transmission for plenty of pulse-pounding moments.

With just one owner and a mere 4,747 miles on the odometer, this Ford GT has been well-preserved and is ready to thrill you in every way. The original Mark IV Red paint and white stripes are in excellent condition, so you can keep this supercar polished and ready to impress everyone. The factory-optional lightweight forged BBS alloy wheels are a nice touch, adding a certain level of aggression to the smooth and supple body. Red painted brake calipers peek through the split spokes, tying in nicely with the paint.

A black leather interior looks as if it were barely touched. All the original switchgear and gauges are intact. Installed in the factory is an upgraded McIntosh CD sound system, so you can pop in a disc and drive like it’s still 2006.

When Ford made the GT it was a tribute to the legendary GT40 racecars from the 1960s which ran Ferrari out of endurance racing and captured many impressive podium finishes. A mere 1,919 were made, so these things don’t exactly grow on trees, and many have been modified in extreme ways, making this one that’s completely original that much more unique. This American exotic is being offered by European Collectibles.