Relive Your TV Dreams With A 1967 Replica Batcycle 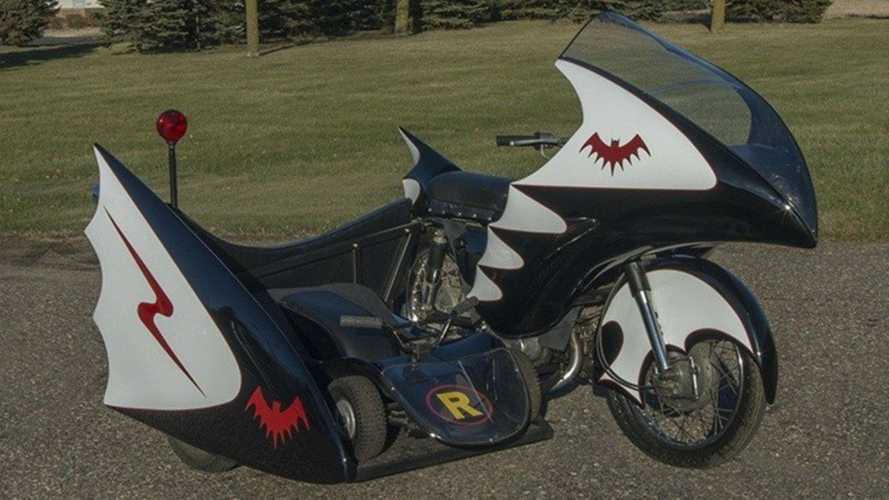 Holy tribute to the original, Batman!

Likely you’ve seen the original Batman TV series from the 1960s. While it was quite popular during its original runtime, the show has been kicking around on various stations in reruns for decades, entertaining viewers both young and old. That alone makes this 1967 Replica Batcycle notable, because plenty of people will instantly identify it as what the Caped Crusader and his sidekick Robin rode on during various episodes. And now this unique motorcycle could be yours.

Gallery: Relive Your TV Dreams With A 1967 Replica Batcycle

This Batcycle is built on a 1967 Yamaha 175. That’s key because in 1966 when the original debuted on the famous TV show it was created using a Yamaha YM1. Naturally, both motorcycles have been heavily modified to make them appear technologically advanced, because Bruce Wane and his sidekick friend wouldn’t be caught dead riding on something normal.

Ride This 1970 Ford Mustang Into The Sunset

Like the original, this replica has the sidecar with a gas-powered go-kart inside ready to deploy. Fiberglass wings and three rocket tubes in the rear. The same black and white paint scheme, complete with the bat logos in the exact same spots is all on this replica.

With a reported 31,721 miles on this bike, it should run strong for some time to come. That’s great news, because taking the Batcycle to shows and other gathering is an absolute must. Imagine everyone’s faces as you roll up, dressed up as the Dark Knight, riding this machine. You could even get your friend or significant other to don the Boy Wonder’s costume for the occasion.

From 1966 to 1968 the Batman television series ruled the airwaves. While Batman and Robin deployed all kinds of crazy and original gadgets in their quest to catch the bad guys, one of the most memorable was the Batcycle. All three that were built for the show are rotated on display at museums and other public venues, with plenty of fans wishing they could ride their own. This replica fulfills that dream, making it a unique and fun item to add to your garage. It’s thanks to Ellingson Motorcars that you have the opportunity to acquire this Batcycle replica.