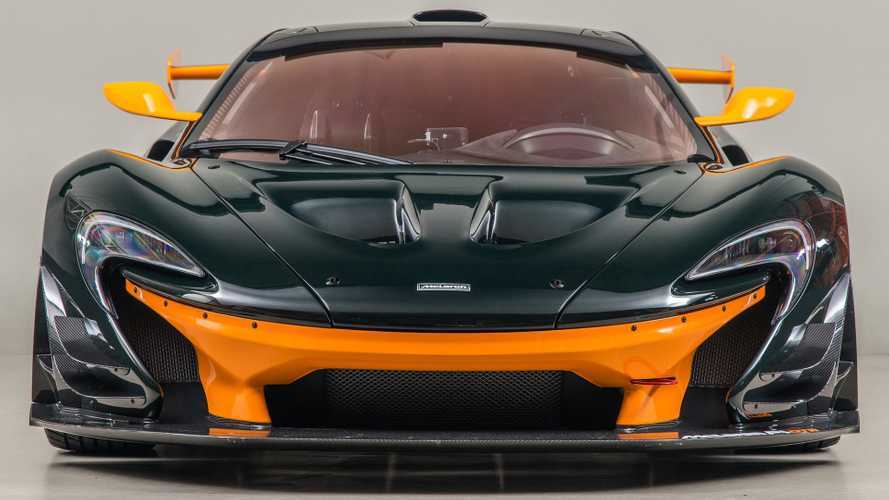 The McLaren P1 remains one of the most remarkable cars of the past decade, a machine that marked McLaren’s return to ultimate road-legal performance. Not since the legendary F1 had the British marque made such a statement — and the 903-horsepower machine proved to be quite the halo model. However, for some that wasn’t enough, and so a track-only P1 GTR was developed.

Listed in our classifieds is one of just 58 McLaren P1 GTRs ever built. This hardcore hyper car was design without the restrictions imposed on its road-legal counterpart. This particular example is even more special as it was actually the first P1 GTR to enter America.

More on the McLaren P1:

- Why The McLaren P1 Is A Living Legend

Powered by an uprated twin-turbocharged 3.8-liter V8 engine, the GTR outputs a monstrous 986-horsepower. It also features a spartan interior, 50kg less weight, slick tires, a bespoke exhaust system, and an extensive aerodynamic package that includes a DRS enabled fixed rear wing. An optional passenger seat has been fitted to this McLaren to allow another occupant to indulge in its 217mph top speed. An aboard video system is also capable of recording the whole event.

These motorsport enhancements allows the McLaren P1 GTR to generate over 1.5G through corners. Its advance braking system is equally as impressive, bringing the car to a dead stop from 60mph in just 85ft. This car delivers a true motorsport experience behind the wheel.

McLaren P1 GTRs were only offered to existing P1 owners, with many receiving further customisation via McLaren Special Operations. This example has been painted in a unique Canepa Green with Papaya Orange detailing. Retro McLaren badging was also optioned to hark back to the Le Mans winning F1 GTR of 1995.

Pricing is upon appointment for this rare track toy that has covered just 120 miles from new. We hope that its next owner puts this hyper car to good use.