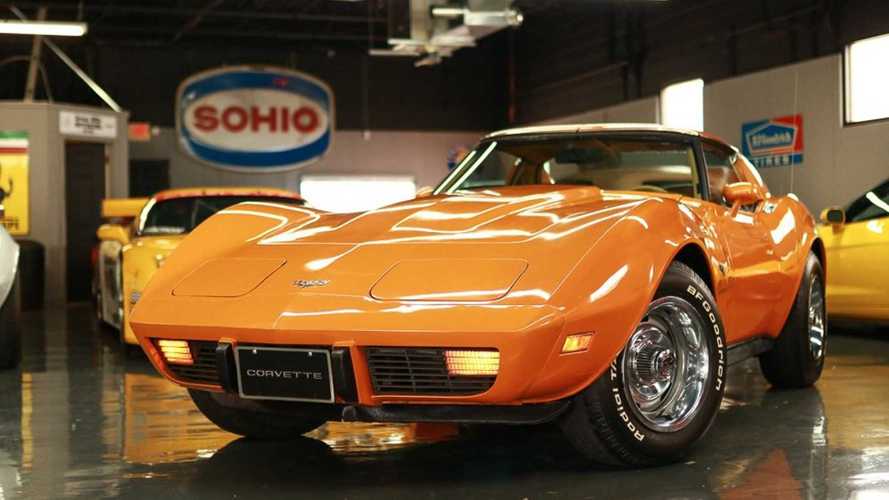 This T-top Stingray is in great condition, and ideal for a lengthy road trip

The C3 generation Chevrolet Corvette Stingray is a big part of American Automotive history. Not only did it look sharp, but its intwined with romantic memories of NASA’s space program at its hight. It was THE car to own in in 1970s America. This highly original example found in our classifieds appears to be a bit of a bargain.

You’re certainly not going to loose this Corvette in a parking lot any time soon! It’s vibrant shade of Corvette Orange is factory correct and looks great on the sleek bodywork. It’s raked nose, popup headlights, flared front wheel arches, and hunched flanks are delicious details that make this C3 design such a handsome one. This particular car has the added benefit of bing a T-top, allowing two roof panels to be removed for some open-top motoring.

The interior looks to be in excellent condition from the images, upholstered in the correct Buckskin Leather. A pair of sculpted sports seats awaits occupants, as do a series of aircraft-inspired gauges mounted in the center console. It’s a rather minimalist space, but one that appears to keep the focus on the driving experience as opposed to luxuries. The advert states that ‘1977 was also the last year to feature the round gauges, storage pocket, and retain the truly vintage sense of the Stingray cockpit’.

Under the hood is a carbureted 350 Ci V8 motor, with the block finished in Corvette’s distinctive blue paint. An automatic transmission makes this car perfect for cruising the highway on a sunny road trip.

As mentioned, this car is highly original with it retaining much from 1977. Its engine and transmission are numbers matching, as are its starter motor, alternator, distributor, carburetor, and distinctive wheels — all verified by VIN and serial codes. The car even retains its first spare tire!