Genuine 007 Alfa Romeo 159 From Quantum Of Solace Up For Grabs! 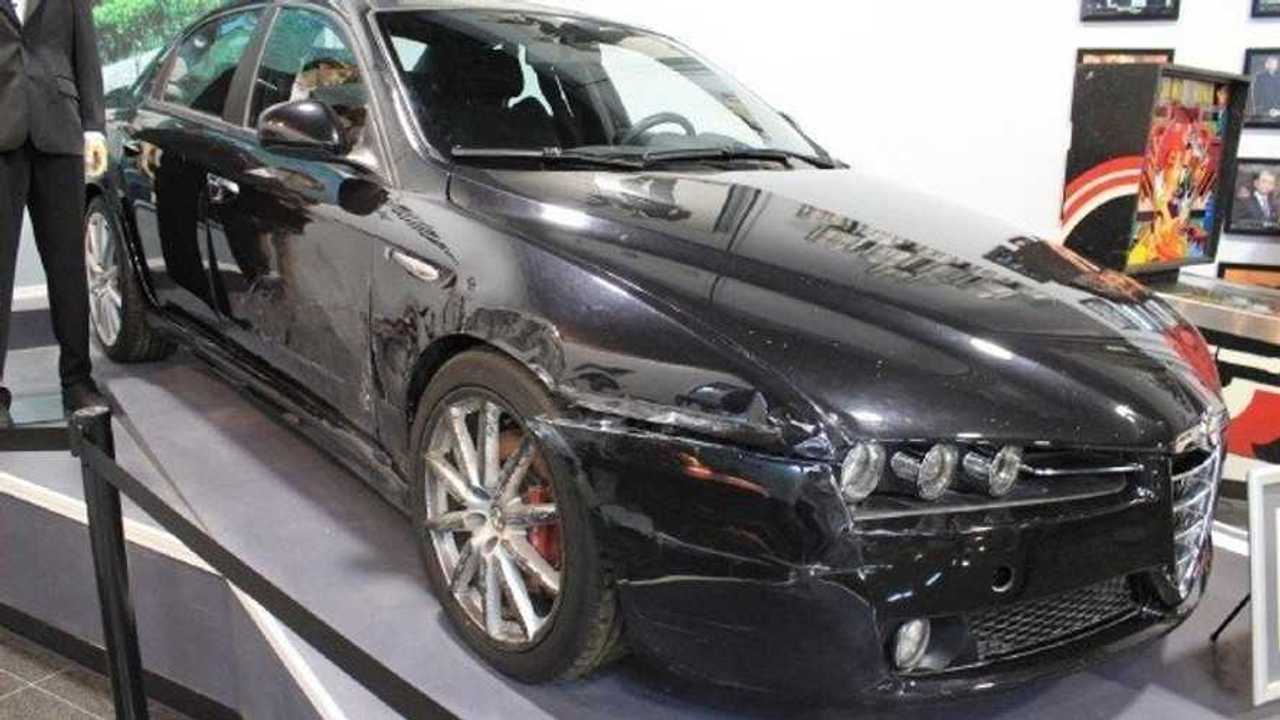 This 3.2-liter V6 Italian sedan is a lesser known 007 hero. As a stunt car employed during the opening chase of 2008's Quantum of Solace, grab yourself a slice of Bond history!

Various contemporary drivers believe that any Alfa Romeo before the Stelvio Quadrifolio is purely a waste of time and money. Yet, they would be spectacularly wrong. Should you need convincing, check out this drop-dead gorgeous 159 V6 VTS. Not only does it ooze of panache and sinister beauty, but it's also a James Bond stunt car! Which explains the damage...

Much like Alfa Romeo's produce upon the turn of the new millennium, Quantum of Solace remains a Bond film not without its critics. That said, the opening scene was rather good, courtesy of this very 159 V6 JTS, offered by Orlando Auto Museum.

There is an error in the advert, however. There is no such thing as a 2001-model-year 159. As a direct successor to the groundbreaking 156, it wasn't until late 2004 that we found 159s landing in showrooms. Considering the time of the film's release, we would estimate that this stunt-prepared Alfa left the factory in late 2007.

For those who may remember, the henchmen's onscreen pair of Alfa Romeo 159s met a grisly fate. One found a home with a semi-truck, while the other flipped off a quarry cliff face. Although this one looks to have missed those fateful conclusions, it still boasts of direct 007 heritage. Employed as one of the stunt vehicles used in the film's opening pursuit, thankfully it managed to escape relatively unscathed.

The offside front showcases rather heavy contact with Daniel Craig's Aston Martin DBS alongside some paint trading, but aside from that (and a few other more minor bumps and grazes), the Italian sedan managed to escape the EON Productions stunt crew relatively unharmed. Which is a good thing - just look at it. How could you harm such a work of art?

Look under the hood of this demonic looking black metallic example and you’ll find the 3.2 liter General Motors sourced V6, which is perhaps a shame. The Busso V6 designed in the seventies had its curtain call in 2005, the same year as Guiseppe Busso’s death. Due to ever tightening emissions regulations, it was time to replace it, so Alfa decided to head to Holden to source this 3.2 as a replacement.

Motoring journalists of the time weren’t too disappointed, however, with 260 horsepower on tap at 7200 rpm there was still some charisma to be found.Although it’s not entirely Italian, Alfa did have their way with the cylinder head, and performed some Italian magic to it to let the little Alfa sing. Some may be put off by having a GM sourced engine in a car this unapologetically attractive, but perhaps those who shunned Alfa for their alleged ‘reliability woes’ could be appeased by this? After all, GM V6’s are hardly unreliable, are they?

Aside from the aforementioned damage and the rear fitted roll cage, there’s nothing else to suggest ill health of this fine specimen, plus is an actual Bond car. You can’t really get much cooler than that.