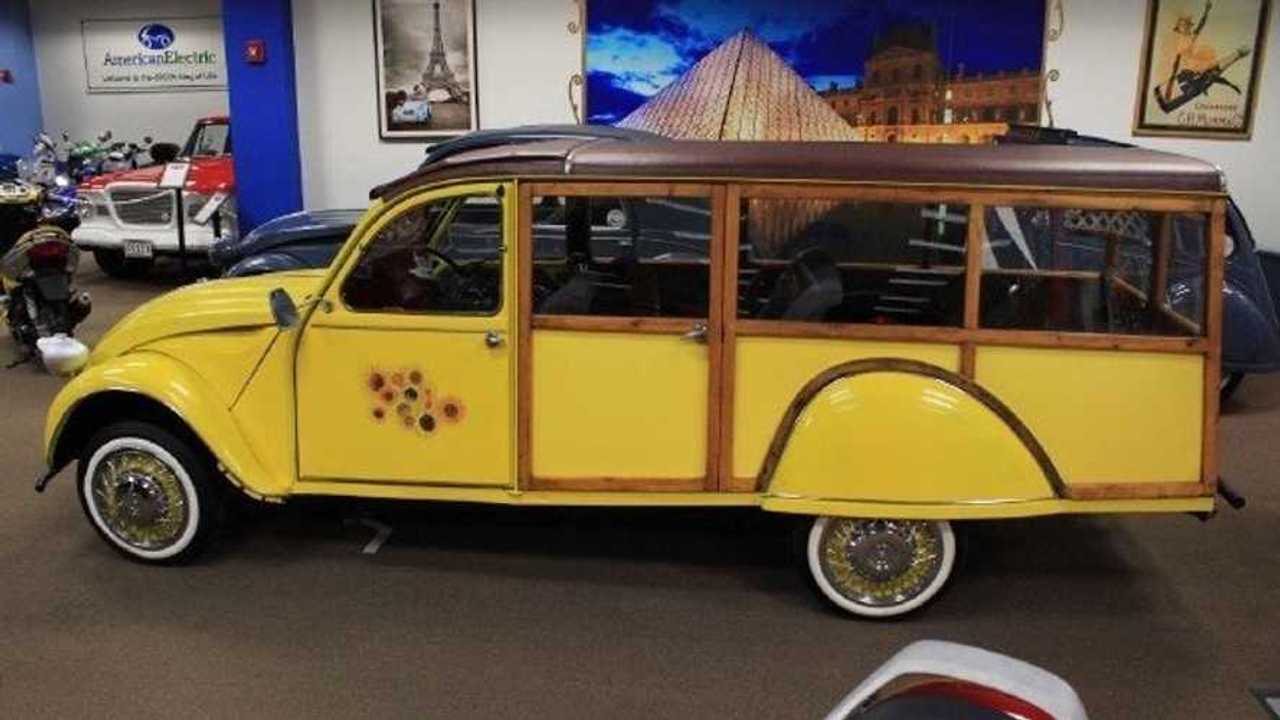 Over the Citroen 2CV's 42-year production lifespan, endless variants were created for public consumption. However, this curious ‘Woody’ found in our classifieds is not something believed officially sanctioned by the marque. As an example of the French 'car of the people', this could be completely unique!

Citroen created 2CV pickups, extended boot models, even a 2CV 4x4 with two engines, but this custom creation adds a whole new dimension to the French car. A lengthy station wagon extension has been created for this example, forming a large boxy rear profile.

The car's external wooden structure mimics other ‘Woody’ models throughout history, and certainly adds some rustic charm to the ‘Tin Snail’.

This bespoke Citroen retains a set of cloth seats, two in the front with a large bench sat behind, and a spartan cabin. At the driver’s disposal are the bare necessities of driving and not much else. There’s a large steering wheel, a set of pedals, and a speedometer that optimistically reads to 80mph. The genius of the Citroen’s design is its simplicity.

This modified car has the added bonus of an enormous trunk that’s accessed via a set of barn doors at the rear. With a high roofline and boxy proportions, it’s a very practical space. However, you have to keep in mind that heavy cargo will have a detrimental effect on performance.

The 2CV’s original design remit stated that it needed to be able to carry 50kg of farm produce to market at 30mph, have seating for four, and be able to cross a ploughed field without breaking any eggs onboard.

This extension of the Citroen 2CV vision is certainly quirky, and for $19,995 it could be yours!