The Muscle Car Era's Final Breath Was This Camaro Z/28 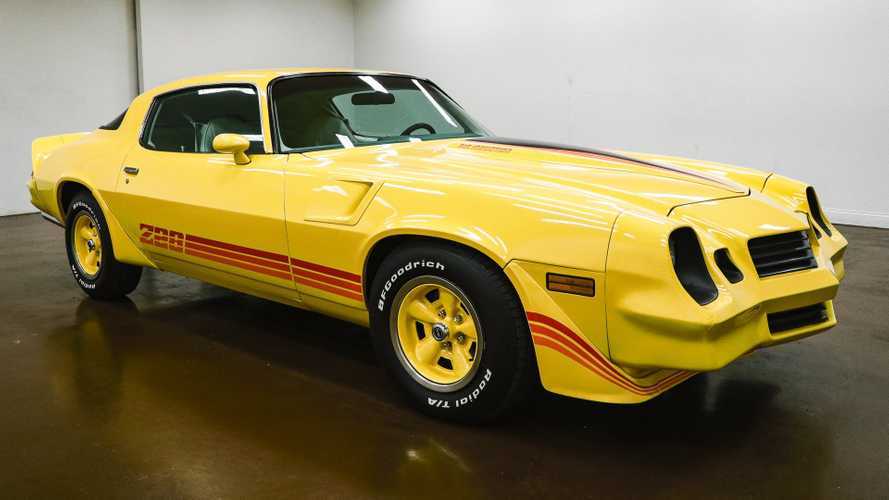 The muscle car era was on life support towards the end of the 1970s. Americana's beloved mainstream powerhouses were morphing into economy-driven boxes; in a bid to save their titles. An ironic statement, we know. Unless you bought a 1980 Camaro Z/28, or course.

Is This What A Modern Pontiac Trans Am Should Look Like?

1970 Dodge Charger “Tantrum” Up For Grabs

Names like Charger, Challenger, Mustang; all cars that suddenly found themselves with wheezing four-cylinder motors in an attempt to survive the Arab Oil Embargo. Although we can’t give them too much grief – given these names are now finally back on cars that are worthy of their legacy – as two models from the era had quite a different curtain call; the Trans Am and the Camaro.

The car offered here, by Classic Car Liquidators, is the perfect example of Chevy's 1980 Camaro Z/28. With a final push, GM managed to keep the V8 alive, albeit with meagre power. By adding as many catalytic convertors as they could fit between the wheelbase, these two icons survived into the 1980s. Even if only just.

This example is a rather fiery looking 350 cubic-inch V8, with some epic red and black decals. Sporting flared accents upon almost every panel as though screaming out in a blaze of glory, you can’t help but love this era, while empathising with manufacturers. Oozing any form of excitement behind the wheel with only 190 horsepower is no small task.

Don't think this isn't worth the cost, however. Although compression ratios are small and the exhaust system strangles the power, you still have that unmistakeable V8 rumble to play with.

Although we can’t tell how many miles are worn by this Z/28, the photos speak for themselves, with an underside clean enough to eat off, and that ivory vinyl interior looking as fresh as when it left the factory, this is one clean car.