The Chrysler Turbine Car Is From An Alternate Reality 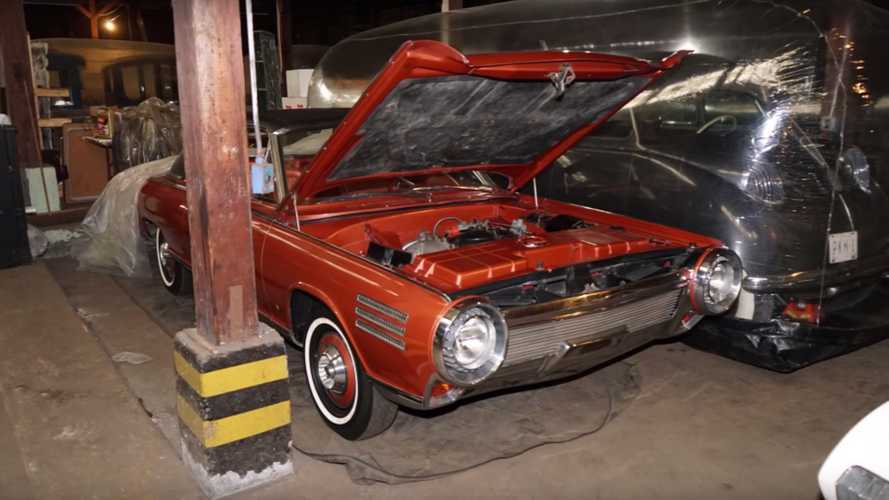 Chrysler's turbine-powered car very nearly made it into production

Behind every museum display lurks a hidden vault of incredible vehicles that the curator must choose from. The Detroit Historical Society squirrels their historic treasures away in its Collections Resource Center — something that looks a bit like a villain’s underground lair.

You don't usually get to see inside such a collection, yet YouTuber Auto Archaeology was given special access to get up close and personal with an immaculate piece of history.

Returning after a couple of years on display at the Gilmore Museum, this example is one of the few remaining Chrysler Turbine Cars. It was the product of the ‘space race’ era, when American engineers in every segment were keen to prove that they lived on the cutting edge of technology.

Chrysler actually began contemplating turbine engines back in the 1930s, with the powerplant able to run on a broader range of fuels and feature fewer moving parts than a piston motor.

Chrysler developed the Turbine Car through several generations and built 55 of these beautiful Ghia bodied prototypes for product evaluation. Many were given to the public for a number of months to find out how they coped with everyday life. All but one was finished in this curious bronze color aptly named ‘Turbine Bronze.’

The car was tested around the world with stories of the Turbine visiting Paris, France and being run on Channel No.5 perfume. Sadly, the one thing it couldn’t run on was leaded fuel — something there was an abundance of for regular cars. This was the nail in the Turbine Car’s coffin, and with the project coming to an end, almost all of the prototype cars were destroyed.

Only nine of these magnificently engineered cars survived, with the majority in museums and just two in private collections. Had unleaded fuel come into mainstream use a little sooner, maybe we’d all be driving turbine powered automobiles today.