This Mustang Came With Its Previous Owner Included 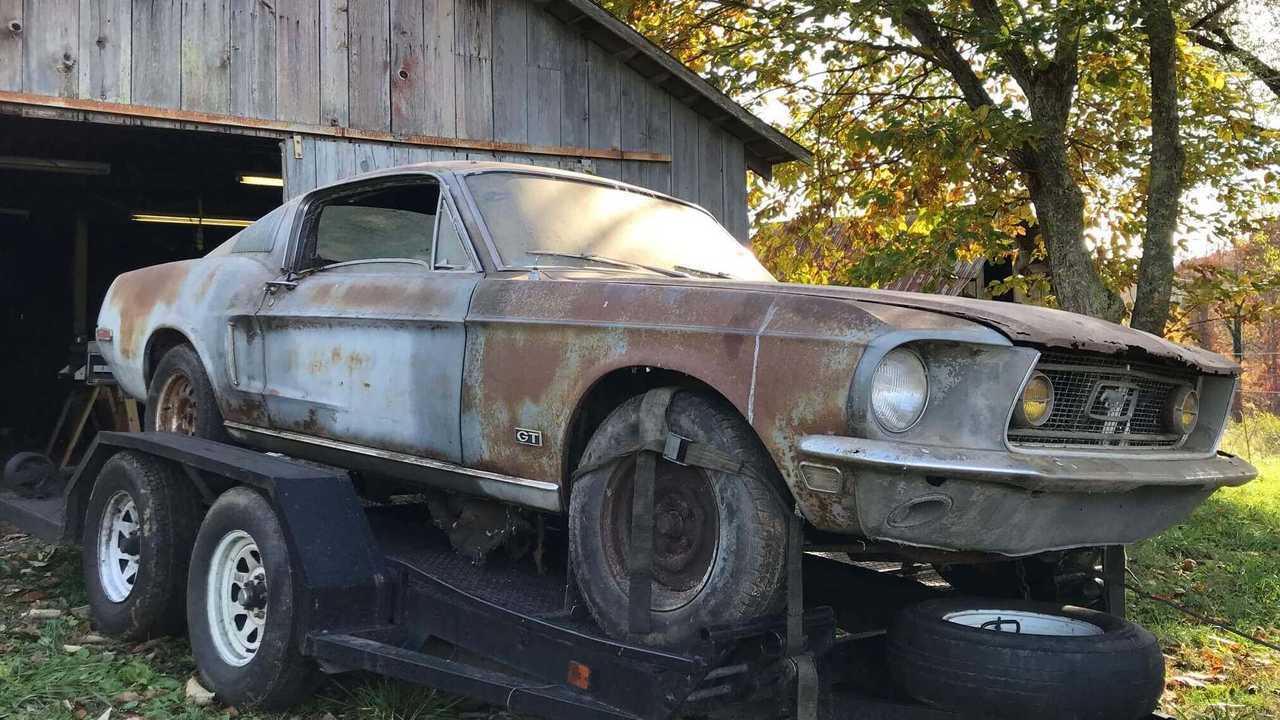 Unlike any other car sales story, this Fastback 390 GT came with a rather unusual addition to the sale.

This, on the other hand, is unlike any story we have seen so far. It wasn’t mould, or a Mcdonald’s wrapper dated 1973 that came with the car, it was in fact a person.

The car in question is a 1968 Mustang Fastback that is not only a rare ‘S-Code’ car with the 390 cubic-inch motor mated to a manual transmission, but it’s also recently been sold with its former owner, James.

Zach, a family member of the Napa Auto Parts business in Georgia, found the car on Craigslist in the Summer of 2017. Having eventually got in touch with the vendor, a visit was set up. Upon viewing the car, Zach noticed an odd looking item on the passenger seat.

We’ll allow the MustangFanClub to depict the scenario: 'While Zach was looking over the interior of the Mustang, he noticed a jar full of something that looked like powder. Zach, asked the owner, “What’s up with the jar on the inside?” The current owner replied, “That’s James!” Zach took a moment to gather his thoughts and understand everything that was just said. After a brief pause, Zach responded with “Well, does James come with the car?”'

A rather odd scenario may have resulted in Zach leaving empty handed, or perhaps it was simply down to price. What we do know is that both Bruce and Zach remained in touch for the following 16 months until Zach finally bought the Fastback for $7,000 in November 2018.

Having realized quickly that the car was beyond economical repair from his viewpoint, the car was fitted with some GT hubcaps that were missing, cleaned the interior as best he could, leaving the previous owner (James’) remains intact, and consequently listed the car on eBay.

An English buyer won the auction to the tune of $23,000 and the car is now undergoing a shell replacement in England. Whilst admittedly sad that the original bodywork may be too far gone to salvage, there is something heartwarming about the car remaining with its original owner. We wish James plenty more adventures with his Mustang once the car is rebuilt.