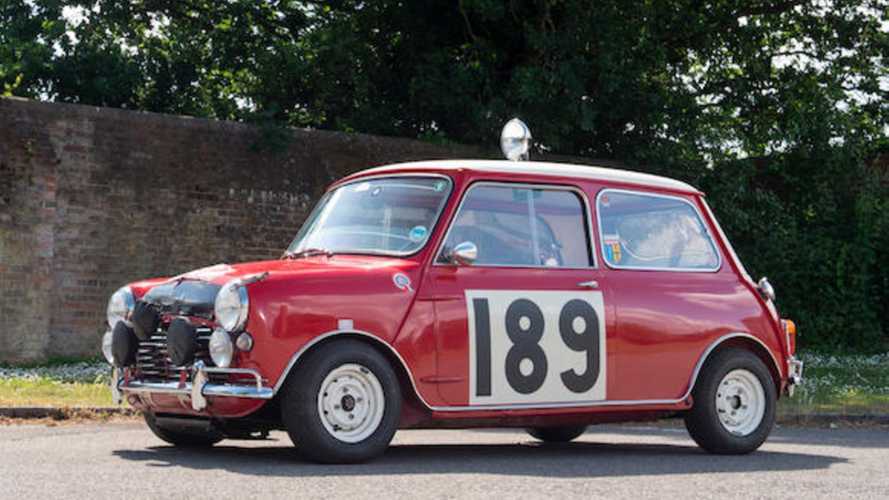 When the Mini was launched 60 years ago, it shocked everyone. Car design had been taken in a new direction, and Alec Issigonnis had managed the unthinkable; design a budget city car that had personality, incredible dynamics and exceptional space.

Cheap classic Minis – should you do it?

Little did he know that this design would go unaltered for a further 42 years until the final Cooper Sport rolled off the production line in 2001. The Mini had gone beyond its design brief to provide a cultural staple of 20th-century fashion.

The original car was quickly recognised as a racing tool with huge potential both on and off the tarmac, and within the first four years of the product life cycle, an official sporting model was released in the form of the Cooper S like the one offered here by Bonhams.

A comprehensive restoration was undertaken in the mid eighties, and the following owner decided to continue that program with some alluring changes that remain with the car to this day. A replica of the Monte Carlo Mini was created, and unlike any other Cooper S replica out there, this one is fitted with a whole host of kit from one of the originals.

Rauno Aaltonen's Cooper S (277 EBL) was written off in 1964 at the hand of Pauline Mayman, yet some of the equipment from that car is allegedly fitted to this very example. After its upgrades, the Mini changed hands in 1996 to none other than the founder and long-term chairman of the German Mini Cooper club.

Whilst under his stewardship, it received a FIVA Identity Certificate recording the modifications made to 1964 Monte Carlo Rally specification including sporting seats, sump-guard, double fuel tanks, spare wheel holders, competition exhaust and roof-mounted spotlight and a number of details such as the original Heuer Monte Carlo stopwatches.

Its final destination has been part of a private collection in Sweden between 2013 and 2018, where it's reported to be in fine fettle. A glorious patina decorates the bodywork that only age can create, with mechanicals that remain fresh thanks to the restoration work undertaken in the past.

With a comprehensive history file being included, we’re sure this Mini will make some fascinating reading for the new owner, we’re just jealous we can’t stump up the cash ourselves.