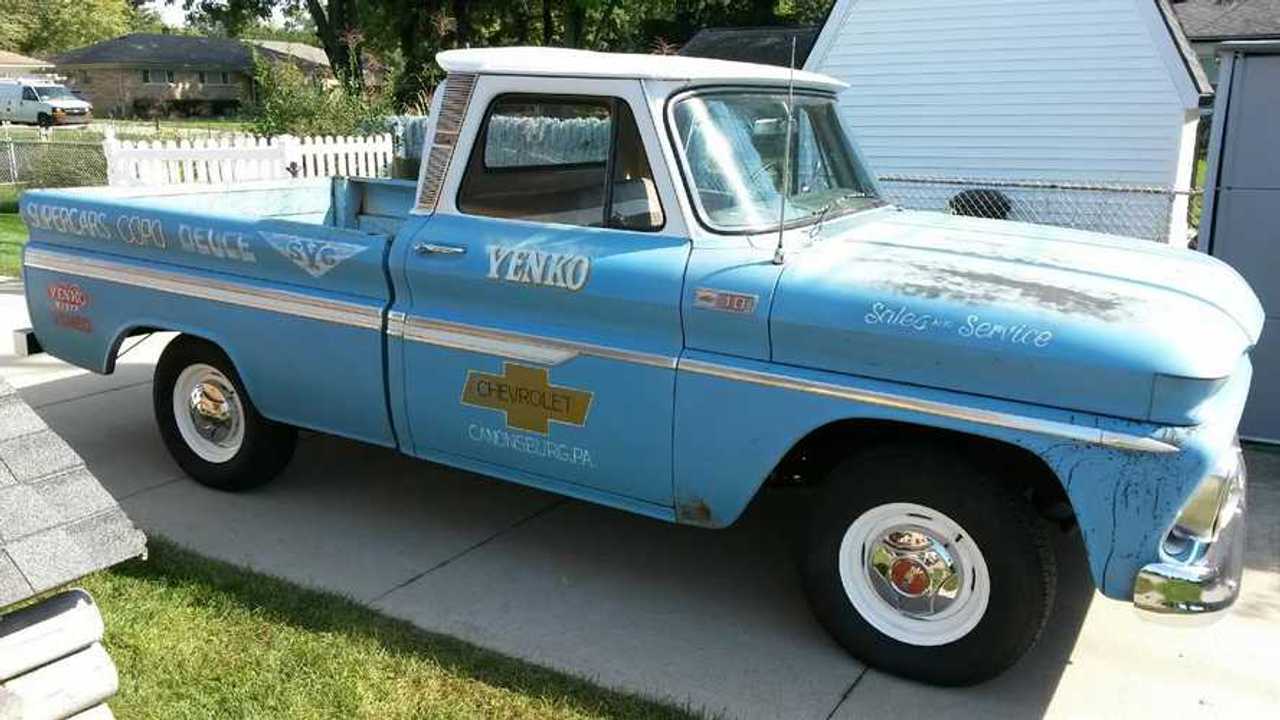 This Yenko dealer parts truck is a throwback to the late 1960s.

Classic pickups are the Swiss Army Knife of the collector car world, perfectly capable of hauling a heavy load one minute, and attending a show the next. This Chevrolet C10 in our classifieds pays homage to the Yenko Chevrolet dealer that came to fame in the late 1960s.

Dressed as a Yenko parts truck with plenty of patina, this classic Chevrolet is a true product of its time. The stylish cascading front facia is a far cry from the slab-nosed trucks of today, and was designed to do battle with Dodge’s D100 pickup. Finished in its original baby blue paint, it wears custom painted period correct logos.

Being a working truck, the interior is a simplistic space, favoring function over form. A large two-spoke steering wheel dominates the cabin and sits a head of a traditional horizontal speedometer. A radio delete plate or after market radio can be chosen by this trucks next custodian.  While basic, the interior appears in good condition.

Don Yenko was an American racing driver who later went on to own a Chevrolet dealership. Like all dealers, Yenko Chevrolet was excited to stock the new Camaro when it launched, but the car was at a disadvantaged to its Mustang, Barracuda, and Dart competitors. A General Motors corporate edict prevented it from being equipped with a motor larger than 400 Ci. The Yenko dealer became famous for ordering SS Camaros and swapping the engine for a 427Ci from the Corvette.

This tribute truck pats homage to the famed dealer that could give your Camaro the motor it deserved. By 1969 Yenko was one of the few dealers that worked to create a Central Office Production Order (COPO) to install L72 engines on the production line. An acronym this truck proudly has tattooed on its bodywork.

The current asking price for this six-cylinder truck is $18,900.