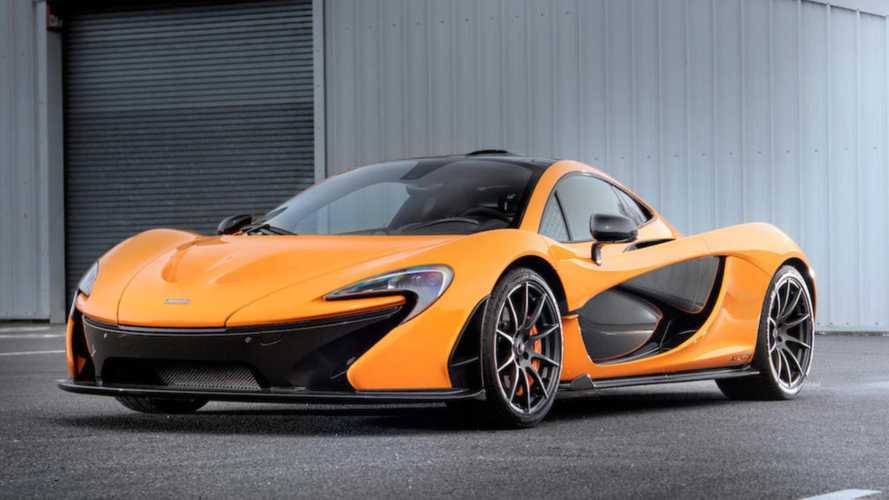 There is a strong argument that 2013 was one of the finest vintages for high performance cars. The stars aligned for three manufacturers to launch their ‘once in a decade’ halo models all at the same time. Ferrari revealed LaFerrari, Porsche Delivered the 918 Spyder, and McLaren unleashed the P1. This McLaren P1 heading to auction with Bonhams is particularly special being an experimental prototype.

Hybrid high performance cars were a new concept for the trio of manufacturers, and so McLaren created 14 experimental prototype vehicles to help develop its technologies. The car in question is labelled XP05 and was primarily used to test the hyper car’s suspension and Bosch fuel injection system.

More on the McLaren P1:

- Why The McLaren P1 Is A Living Legend

- The First US McLaren P1 GTR Is For Sale

The McLaren P1 is equipped with a 727-horsepower 3.8-liter twin-turbocharged V8 engine that is connected to a 176-horsepower high-density lithium-ion battery pack. Those quick with math will have already worked out the incredible total output of 903-horsepower. 0-62mph takes just 2.8 seconds — which is mighty impressive — and 0-186mph in a scarcely believably 16.5 seconds!

The McLaren P1 is about more than just straight line performance though. McLaren’s intricate aerodynamic knowledge born of Formula 1 was put to good use during the P1’s development. It can generate up to 600kg of downforce thanks to an active rear wing and extensive aero package. A carbon ‘MonoCage’ promotes structural rigidity while keeping the whole construction light. Other F1 inspired systems such as DRS and IPAS further boosts this car’s performance, while a dedicated Track Mode prompts a dramatic transformation for use on a circuit.

Finished in McLaren’s distinctive ‘Papaya Orange’, it has only covered 399 miles from new. The P1 is in perfect condition and was recently displayed at the Rétromobile show in Paris.

Continue the conversation on McLaren Chat.