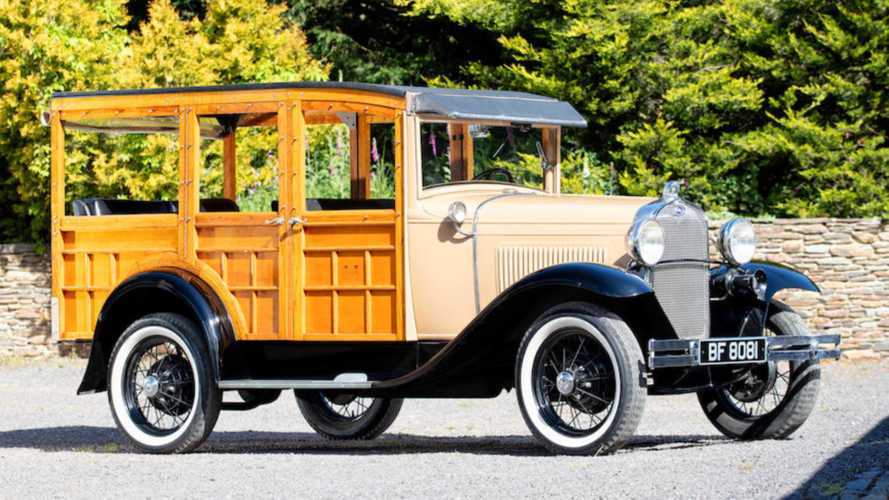 Restored to its former glory, this vintage station wagon is a collectors dream

Ford’s triumphant Model A was introduced in 1927 to replace its hugely successful Model T. Just like the T, this new vehicle was to bring mobility to the masses and yield further bodystyle variants to appease customer needs.

For those of a wealthy capacity, several Model A’s were sent to coachbuilders for more extensive customization. This 1930 Ford Model A Station Wagon is one such example and features coachwork by the Hercules Body Company, and is heading to auction with Bonhams.

What a charming vehicle! The Ford Model A Station Wagon – or ‘Woodie’ – was the American marque’s first. Introduced in 1930, its added practicality and reconfigurable seating made it an ideal working vehicle. It was offered in just one color, Manila Brown, a famed trait used to keep production costs low.

This prestigious design house was well known for creating Woodie variants of Packards and other prestigious marques. The resulting Model A is not only impressively crafted, but also very rare.

This Ford is in exceptional condition after receiving an extensive restoration. Noted Model A specialist Ladd Eaton took care of the mechanical elements, while the bodywork was returned to its former glory by Charles Gath. Gath dissembled the wooden components, and using Epifanes spar varnish, returned them to a glowing honey finish.

Its current owner actually bought this vehicle at Bonhams' Amelia Island Sale in March 2015, bringing it to the UK thereafter. Belcher Engineering were then given the freedom to do whatever was necessary to ensure the car kept its good running order. Since then, the Ford is said to have only been used for short trips around the owner's farm.