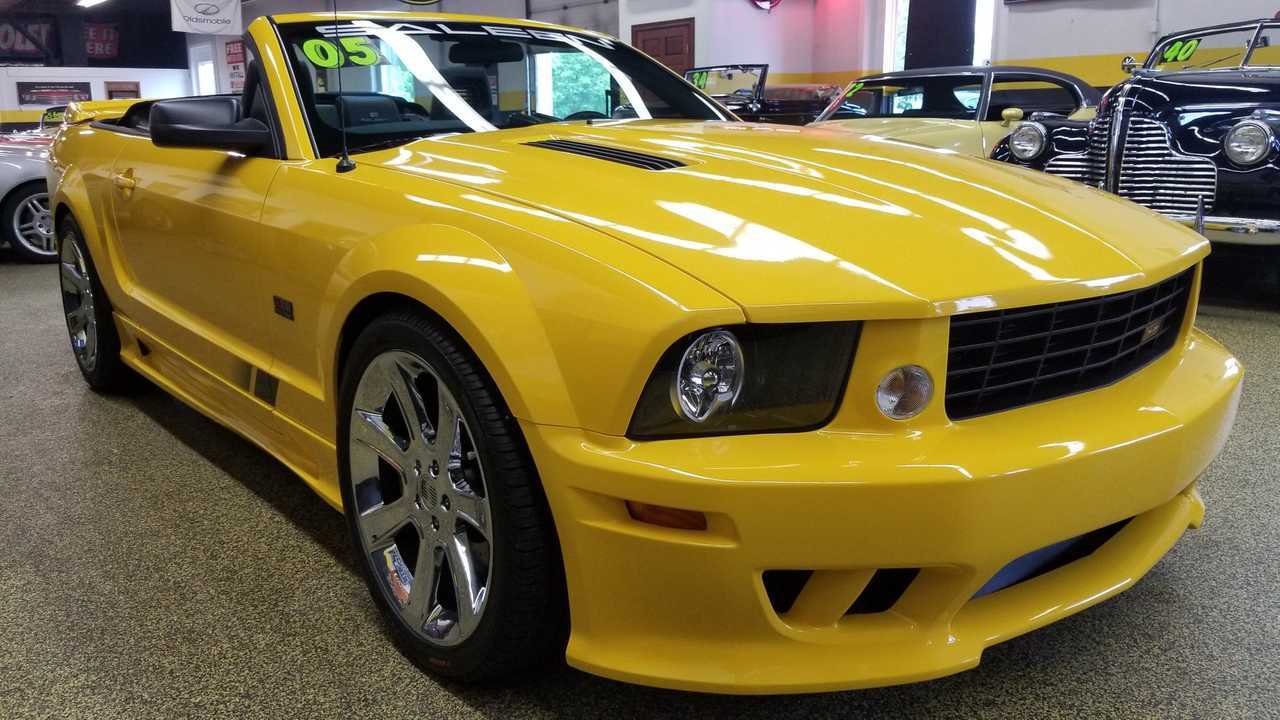 This 2005 Ford Saleen Mustang, offered by Unique Specialty & Classic Cars, represents the best of the S197 run, and comes with the proper manual gearbox. Not only that, but it has just 2115 miles on the odometer. In our book, that makes it new.

When the S197 Mustang galloped onto centre stage in 2005, the public was genuinely wowed. The design harked back to the original Pony car from the swinging sixties; flared arches, extended overhanging bonnet and retro-styled head and tail lights crafted a striking resemblance to the iconic fastbacks of yesteryear.

The S197 initially came with two engine layouts. The base model was the 4.0-liter V6, and the all-out 4.6-liter V8. The V6 produced a rather tragic 210 horsepower, but the V8 fared better with a slightly more ferocious 300 horsepower, also allowing a clean 0-60 mph of 5.0 seconds flat.

The S197 took the country by storm, and in contrast to the outgoing SN95 model, Ford managed to shift a whole 24% more when compared to sales of the previous model. This was when Steve Saleen decided to give Ford a call. You know, the man responsible for some heavily modified Mustangs and the two starring cars from Transformers. Yeah, that guy.

Steve Saleen had been in the performance upgrade business since 1983, having gained valuable experience as a Formula Atlantic race car driver. In addition to creating the jaw-dropping GTR-One concept car that was also based on the new platform, the S281 marque was re-introduced to the model line-up – '281' representing the cubic capacity of the engine, which outlines the 4.6-liter V8 lump as a foundation for the all-new model.

The get-up assists in spraying some 435-horsepower across the tarmac. Throw in the hair-raising whine of that twin-screw blower, and you have a practically unbeatable recipe. The 60mph barrier is breached in only 4.6 seconds, with a reported top speed of 180mph, helping to justify the excellent ‘bar topic’ 200 mph readout on the speedometer.

The supercharger assembly used in the S281SC is a patented design by Saleen themselves. The compact design allowed Saleen to incorporate the supercharger housing, intercooler and intake manifold into one unit that nestled between the valley of the engines 'vee' section.

They even gave this burst of genius a name; the Saleen Series VI Integrated Twin Screw Supercharger. Air-per-rotation was pushed to dazzling levels, with an increase of a whopping 900cc over the previous generations abilities, pushing input to 2300cc.

If you fancied a new S197 Saleen then you don’t need to worry, this is as new as they get, and a bit of a bargain too.