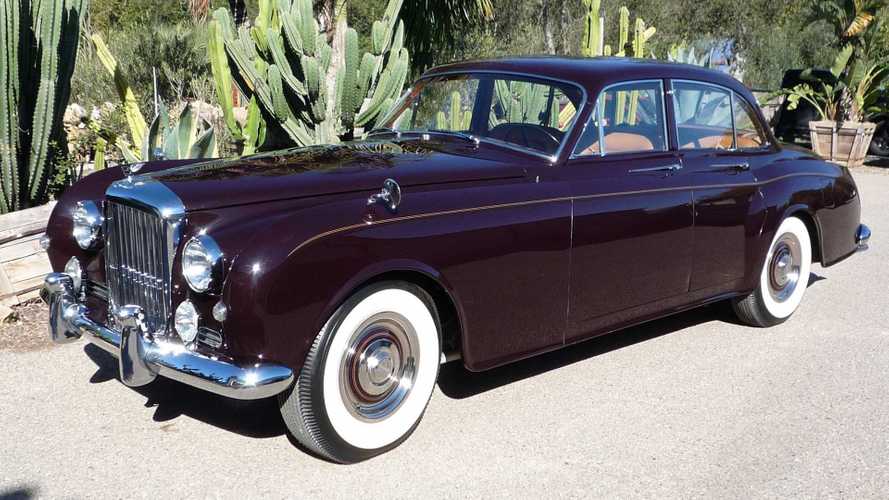 Today, when you buy a car, you walk into the dealer, pick your model and a trim level and that’s it. It’s a simple process, but turn back the clock and buying a car was a far more personal affair. After deciding which marque you wanted to construct the mechanicals, you could then approach your favored coachbuilder to design the bodywork. This 1961 Bentley S2 Continental in our classifieds features rare James Young coachwork – a must have for any marque enthusiast.

More on Bentley:
- This Is The Oldest Surviving Bentley In The World
- How To Buy The Perfect Bentley Turbo R

Looking regal in a deep burgundy shade, this luxury machine is a real status symbol. Complete with an almost excessive amount of chrome, the Bentley Continental in question hosts bespoke aluminum bodywork crafted by James Young. Its flowing pinstriped shape exudes opulence. Just 36 examples were built with this premium coachwork, and only six in factory left-hand drive.

The interior is classic British luxury with caramel leather and a dark wood dashboard. This car’s seats are more akin to plump sofas, presenting a comfortable throne for long-distance wafting. Its intricate arrangement of aircraft-like instrumentation is all in good working order, as is the factory radio.

This Bentley was originally delivered to a Mr Piqueres in Switzerland back in 1961, and had actually served as a Geneva Motor Show car earlier that year. Chassis BC5LBY was well appointed with luxuries such as air conditioning, Dunlop tubeless whitewall tires, a high-frequency horn, and an electric aerial.

By the 1970s this Bentley had travelled to America with its new owner who kept it for nearly two decades. Changing hands over the years, in 2012 this special Continental was treated to an interior and exterior restoration by Hilborn Motor Car Interiors. At the same time, the motor and transmission were refurbished to ensure the Bentley was in perfect running order.

This rare Bentley comes with a complete history file and has clearly been well maintained throughout its life. Its asking price is a princely $249,000.