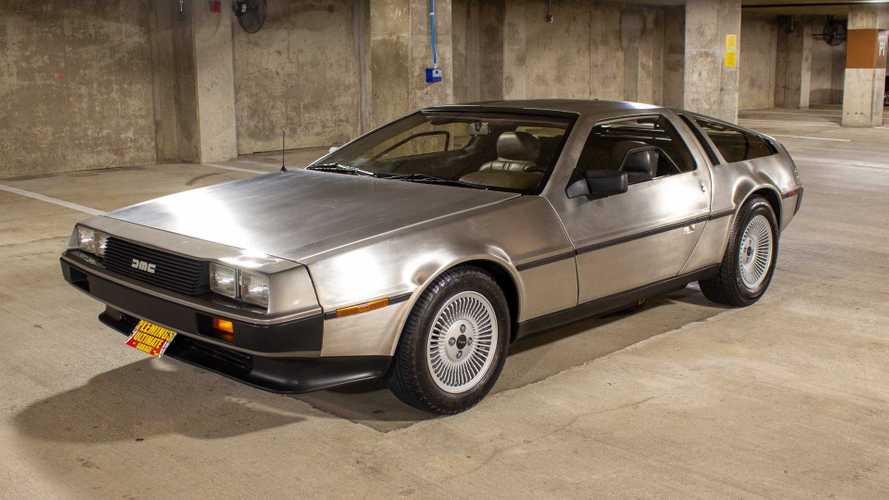 John DeLorean was a real visionary, with the imagination and determination that saw his dreams become reality. This notion is best summed up when he launched his own sports car company that produced the iconic DMC-12. This seemingly timeless machine is the stuff of dreams for many, but this great example in our classifieds could soon call your garage home.

While it was arguably the Back to the Future movie franchise that made the DeLorean the immortal machine that it is today, it is deserving of its fame for many reasons. The distinctive stainless steel bodywork and Giugiaro wedge profile immediately gives this model star status, even amongst modern day sports cars. This 1981 model might be 38 years-old, but its futuristic design and great condition make it appear far newer — a real-life time machine.

Open those distinctive gullwing doors to reveal an immaculate cabin that’s a sea of grey leather. A pair of bucket seats cosset occupants while its low and wide stance give the car a real sense of occasion. The only modification to the interior is the addition of a modern stereo, with the rest being as DMC intended. Its advert does state that the original stereo will also be provided.

This DMC-12 has only covered 36,674 miles, or about 965 miles per year. Its numbers matching drivetrain consists of a 2.8-liter V6 engine, and a desirable five-speed manual transmission. The engine bay is show-ready after receiving a complete detail, with the aluminum motor now spotless.

The DeLorean DMC-12 certainly had its flaws as a sports car, and DMC its own issues as a business, but as a collector car it has an almost unrivalled charisma. There’s not many other cars that can draw a crowd like a DMC-12.

With the new Framing John DeLorean movie in theatres and launching on some streaming services, we’d expect renewed interest in the already famous DMC-12. The asking price for this example is $54,990.