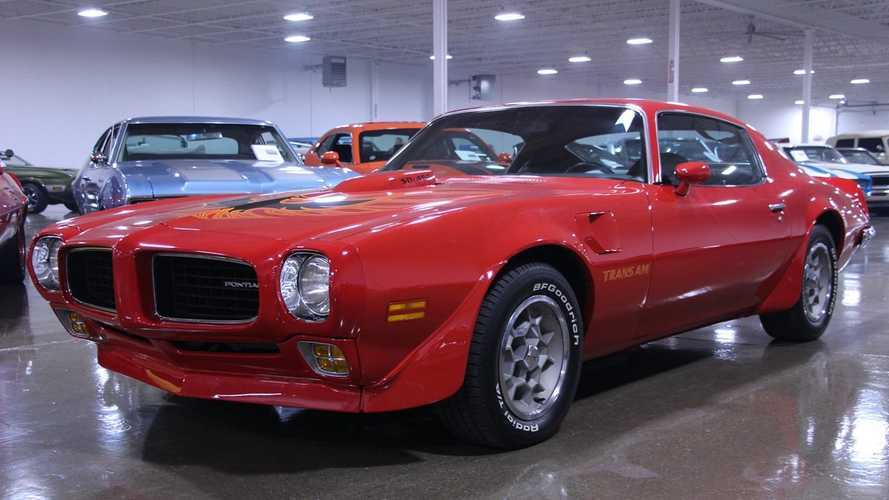 This incredibly preserved Trans Am has everything from its matching numbers to the original invoice.

Trans Am, a name that conjures an uncanny desire to become a legend in the name of beer and power slides. The car offered here is no exception, whilst also being one of the rarest specified models out there, the Super Duty 455.

Offered by Garage Kept Motors, this stunning one owner car is a true unicorn. Down to every last detail, this incredible example has been verified by specialists as being a true matching numbers Super Duty, even going as far as checking the hidden VIN behind the firewall to guarantee its provenance. John Hansen of Michigan Automotive Inspection Services cracked the codes, and a detailed report (that makes for fascinating reading) is included.

Pontiac Trans Am Is A Third-Gen Charmer

Is This What A Modern Pontiac Trans Am Should Look Like?

The options list was vast when the gentleman walked into VanDerZee Buick-Pontiac of South Haven, Michigan in the Spring of 1973. The usual refinements were added, such as electric windows, centre console, the iconic bonnet graphic amongst others. Most importantly, however, was the X option code 455 motor, the most powerful engine in Pontiac’s stable.

So rare is this option code that just 252 were ever made in this specification, which helps make better sense of the list price.

Despite the Firebird livery over particular models of Trans Am, which evidently pointed towards it representing a Phoenix, the car was affectionately dubbed as the Screaming Chicken at drag strips around the country.

Back in the 1970s, the muscle car era was all but over. With Fords Mustang, Dodge’s Challenger and a whole host of others no longer representing anything like their forefathers, the Trans Am was a last hurrah despite the imposing emissions regulations.

Unlike the later cars, this one boasted 310 horsepower whilst all other manufacturers had tapped out of the power race thanks to rising insurance costs and a federal push to make power a dirty word.