This Restored Nissan 240Z Completed the Peaking To Paris Rally 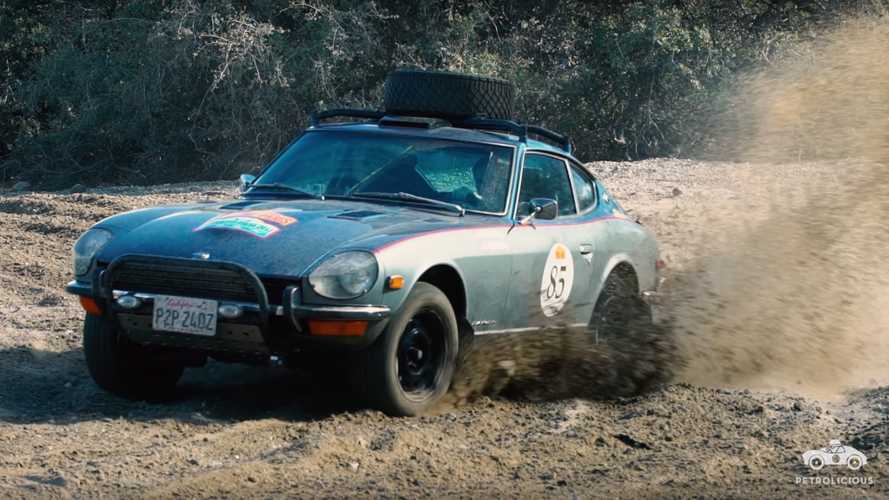 We’ve all encountered project cars that hang around far longer than intended. Sometimes it takes a vision to provide the drive and end-goal for that rather rusty classic in the garage. Petrolicious’ latest film tells the story of a father-son pairing who restored a Datsun 240Z, and entered the gruelling Peking to Paris rally.

Originally found on Craigslist, this rusty wreck of a 240Z was bought by Chris Bury as a project car, and stored in his parent's garage. It served as a toy for entertaining canyon drives, but when it broke down one day, it was somewhat forgotten about.

Inevitably, Chris’ pattens started to get sick of the car taking up space at their home, that’s when his dad had the idea to use the car for the Peaking to Paris event.

A magazine Tjerk Bury was reading highlighted that one of the best cars to do the rally in was a 240Z. A call to his son later, he bought the car and work began on restoring the classic Japanese sports model. The clock started ticking on the project when Tjerk signed up for the 9000-mile event.

The 240Z has a history of success in rallying with the period Nissan works team. Paying tribute to the car’s history in the East Africa Rally events, a two-tone colour scheme was chosen for the Peaking to Paris project. It’s not a homage to the original rally racer as the colours differ, but the dark blue, silver, and pinstripe colour scheme mimic the format.

A series s of modifications had to be made to the 240Z, but the standard SU carburetor remained as it performed better at altitude. Rugged tires, hardy suspension, and underbody protection were essential for tackling a wide variety of terrain. A special low-compression engine was another addition as it allowed the car to deal with the poor quality fuels it would encounter.

Tjerk highlights that while 110 cars were competing in the event, there’s a sense of community on the rally, with everyone lending a hand when needed. The 240Z finished the race and was commended for its reliability.

Chris and Tjerk will be entering the next Peaking to Paris event to do it all over again.