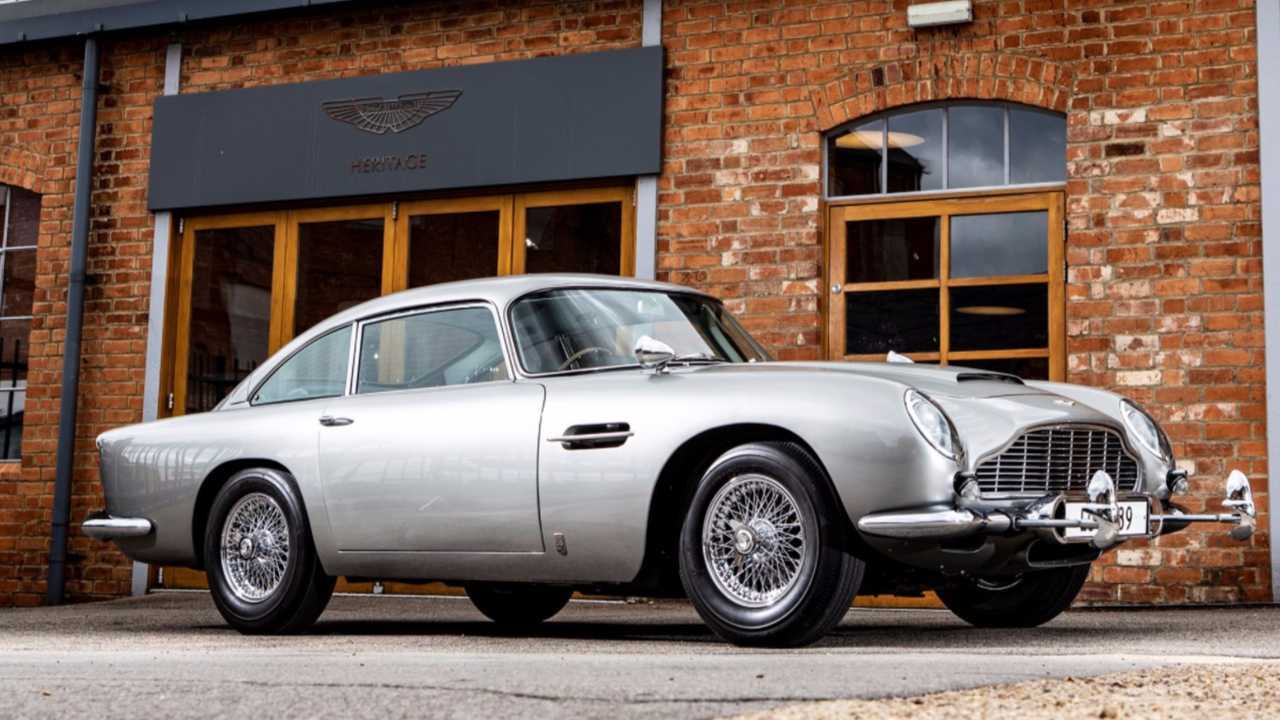 One of three surviving genuine James Bond Aston Martin DB5s will be sold during Monterey car week 2019. Got a spare $6 million?

‘The Most Famous Car in the World’ is heading to auction with RM Sothebys! One of three surviving examples commissioned in period by EON Productions and fitted with Q-Branch specifications, as showcased in 1964’s Goldfinger, will be sold during Monterey 2019.

Perhaps the ultimate marketing relationship, James Bond and Aston Martin have walked hand-in-hand for more than half a century. The cornerstone relationship continues to this day, with speculation on 007’s new car – an electric Rapide E and/or a classic V8 Vantage alá The Living Daylights – stoking fierce interest with franchise aficionados.

Regardless of future exploits, the DB5 will forever remain the ultimate ‘Bond car’. As such, getting your hands on an EON-sponsored example remains a seriously rare opportunity. Don’t be surprised if the genuine Bond car sells for enough cash to hollow out a volcano. Estimates currently sit between $4 - $6 million.

This particular DB5 is one of two cars fitted with MI6’s cinematic gadgets for American promotional tours upon the release of Thunderball in December 1965.

The vehicle has enjoyed the company of only three private owners from new and underwent a sympathetic restoration in 2012. As such, all 13 gadgets are in fully functioning condition. RM Sotheby's previously sold the car back in 2006, after it had emerged from a 35-year slumber within museum walls.

Reaching out to the Connery family for comment from Sean before the sale, the 'original 007' stated, “These DB5’s are amazing – I remember the Furka Pass tire shredding as well as the promotional events with these cars – they have become increasingly iconic since Goldfinger & Thunderball. In fact, I bought a very fine DB5 myself relatively recently.”

If you’ve got the money, you’d be mad to miss this opportunity. The DB5 will be presented during RM Sotheby’s ‘An Evening with Aston Martin’ single-marque sale session on 15 August, 2019. The auction house will display the DB5 in North America this summer, with July dates to be announced.

Barney Ruprecht, Car Specialist, RM Sotheby’s explained, “No other car in history has played a more important leading role on film and in pop culture than the Aston Martin DB5."

"The DB5 is the iconic cornerstone of a marketing relationship that still exists to this day — with the model’s collectible status rooted largely in its 007 fame — and we look forward to exciting car and film enthusiasts alike in the lead up to the auction."

The vehicle presents a highly desirable acquisition for any serious marque collector...or secret agent. Get a closer look here.