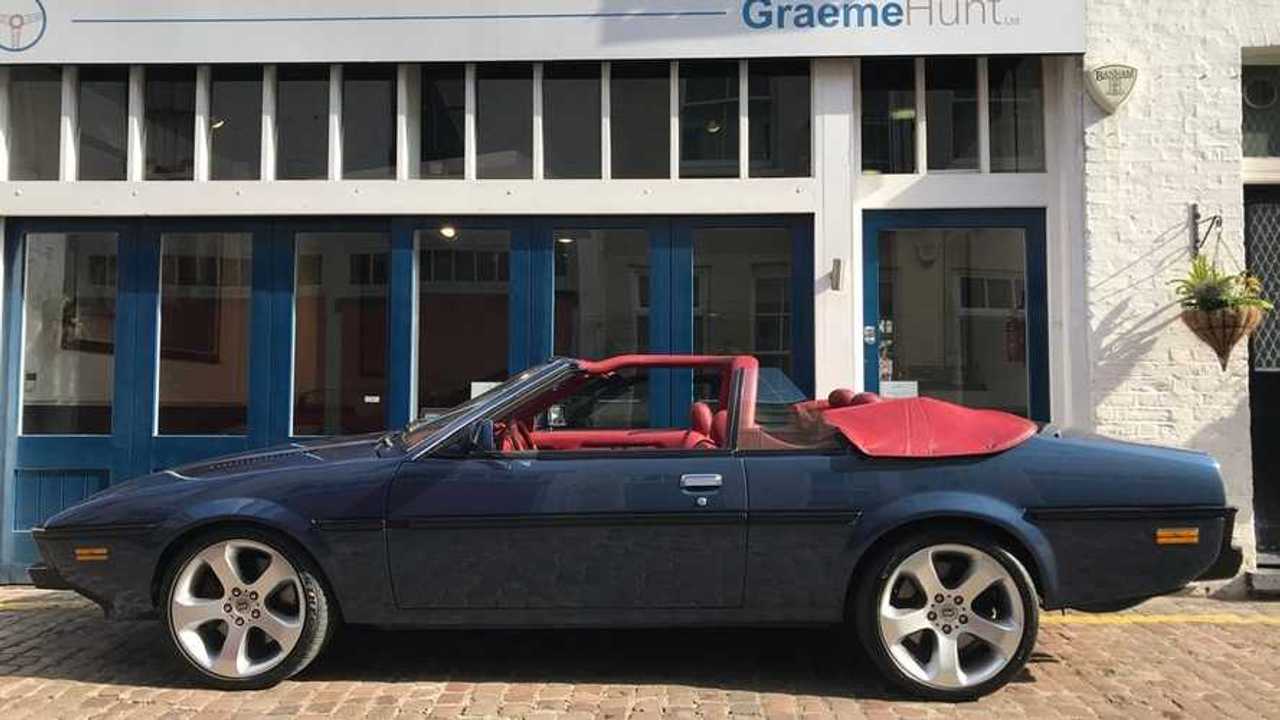 Now powered by a 404-horsepower V8, this rare Bitter packs a punch

If you haven’t heard of Erich Bitter Automobil GmbH, we’ll forgive you. An almost forgotten marque, Bitter was founded by a former racing driver who tuned, imported, and then began designing re-bodied cars.

The stylish Bitter CD was the marque’s first model, but the following SC offered a broad spectrum of body styles. This Bitter SC in our classifieds is the very last cabriolet made.

- Porsche Speedster Replica Has Over 100 Trophies To Its Name

Bitter cars were always made in very low production, with the SC numbering just 461 coupes, 5 saloons, and 22 cabriolets. This is said to be the last cabriolet built and, as the numbers highlight, remains a very rare car indeed.

Its wedge profile appears to take inspiration from Ferrari’s 2+2 of the same era, resulting in a sporting stance with plenty of character. Popup headlights, flared wheel arches, and a blunt rear end makes for a dramatic convertible.

The interior is a lavish affair with red leather upholstery as far as the eye can see. Plump seats welcome occupants into a world of opulent materials, with carbon trimming the console and thick royal blue carpets underfoot.

An interesting sports steering wheel finished in a wood effect heads a series of modern digital dials. There is space for two small adults in the back, allowing for four in total to enjoy some exotic motoring.

The Bitter SC model was based on the Opel Senator and Vauxhall Royale. A coupe, convertible, and sedan were offered, with the latter also available in America from 1984 via an agreement with General Motors.

This car was originally bought by a baker who kept it until 2005, its second owner used it to shuttle to and from holiday homes throughout Europe. However, one day the Opel 3.0-liter six-cylinder engine broke in 2008. Shipped back to the UK, the Bitter became something of a project car over 10 years, and today proudly hosts a 6.0-liter LS2 V8 and six-speed manual Tremec gearbox.

Performance has been dramatically improved to the tune of 404-horsepower. Other modifications includes additional chassis strengthening, ceramic free flow manifolds, and a new exhaust system. Extensive tuning and test has resulted in a powerful, yet reliable, Bitter SC.