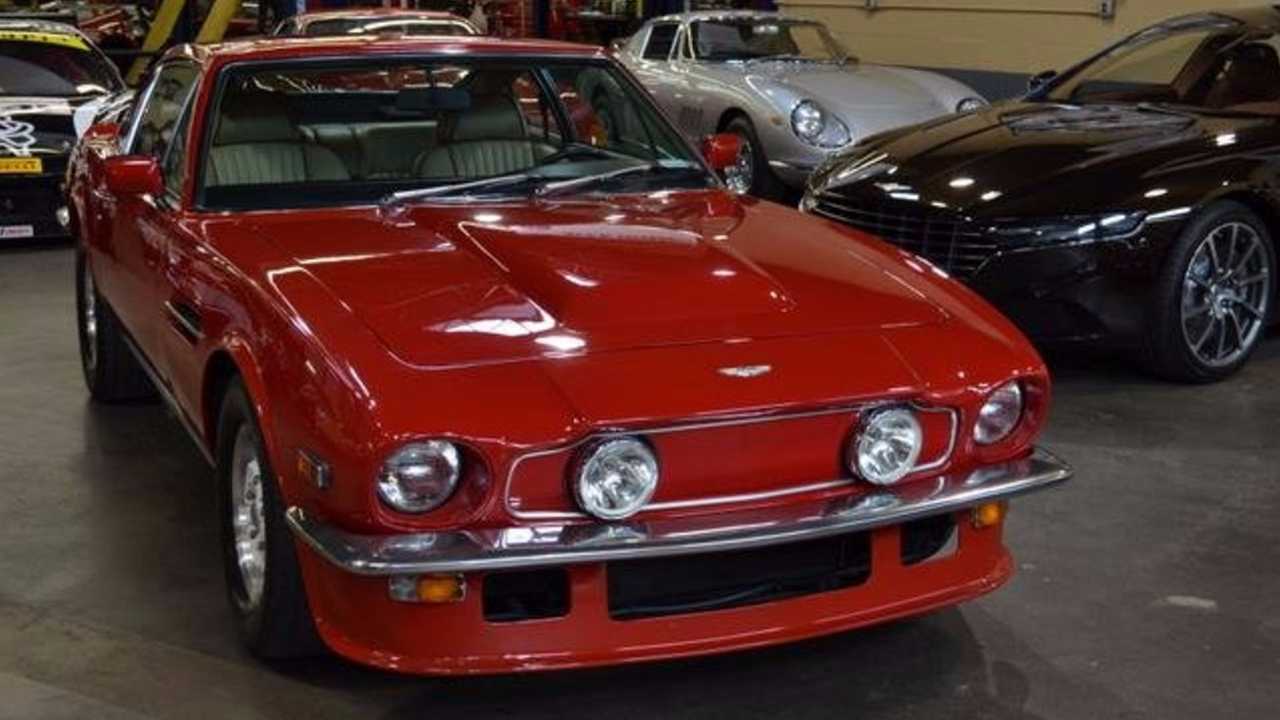 After something rare and fast? Only 26 examples of the left-hand-drive Aston Martin V8 Vantage 'Flip Tail' ever left the factory

History is peppered with beautiful Aston Martin specimens, yet few offer the clout of this über-70s V8 Vantage. Courtesy of that brutish 5.3-liter V8, ‘Britain’s First Supercar’ continues to prove itself in modern society.

Trumpeting a top speed of 170mph and retro styling which forces lesser cars into the nearest hedgerow, the national speed limit can be breached in 5.3 seconds – a figure that remains impressive even when presented with contemporary rivals.

Except, these things don’t come cheap. Furthermore, if you are going to cough up the money required, you’ll probably want an example with added exclusivity.

So, should you boast the capitol, this rare 1978 molded 'Flip Tail' specimen – one of only 26 crafted in left-hand drive – is undoubtedly your V8 Vantage of choice. Sporting a blemish-free Storm Red exterior with contrasting piped leather interior, paired with 5-speed manual transmission and a full-spec Vantage engine, we would wager that Astons rarely come much better than this.

Currently retailing for $348k, the additional premium bags you an Aston with hidden chassis mods and engine tweaks, setting it someway apart from the standard V8 Coupé.

The ‘Flip Tail’ features twin Cibie H4 driving lamps embedded within the blanked off grille, with air drawn towards the radiator from beneath the bumper, alongside a deep front air dam and rear spoiler. Although drop-dead cool, these aerodynamic additions serve a purpose, providing extra stability for any stab at the 170mph barrier.

A further trivia point is the large, sealed bonnet bulge that straddles the down-draught 48 IDF Weber carburettors. Other mechanical changes from the standard unit include larger valves, revised camshafts, and a higher compression ratio; all helping to produce 380 horsepower.

For the Aston enthusiast, it’s worth pointing out that this example comes from the second group of production cars. Comprising of 42 vehicles, 23 found homes in Europe, 11 were purchased by clientele in the U.S.A, and 8 were adopted by Canadians. The first group of 16 cars had two distinctive traits – a bolt on cover for the bonnet bulge and a bolted-on flip tail.

Although this one isn’t from the Genesis batch, it should still prove to be a hearty investment during the years to come. Get a closer look at the 1978 V8 Vantage here.