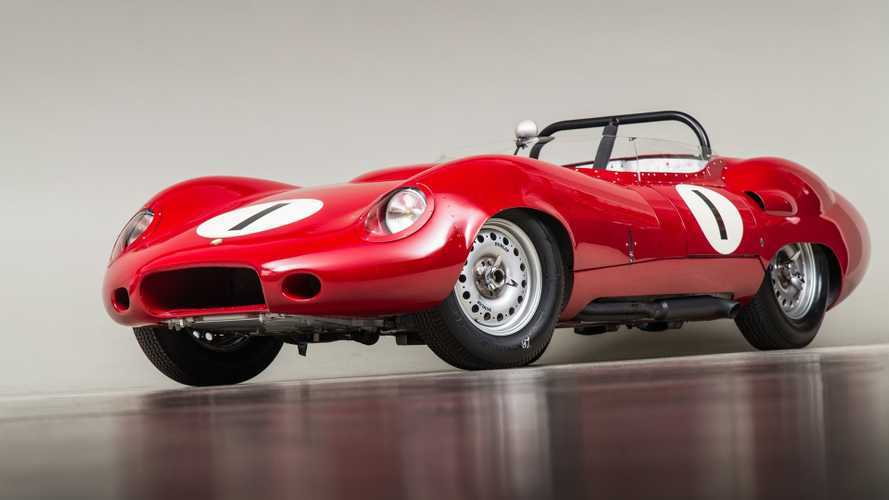 This rare British racing car features some of the most advanced aerodynamics of its day.

Lister is a historic name in the world of motorsport, with the British marque founded by Brian Lister in 1954 pioneering many lightweight an aerodynamic designs. The Jaguar D-Type-powered ‘Knobbly’ is arguably its most famous racer, but it was the Lister Costin that developed its design further. This Costin found in our classifieds is actually the prototype model.

Chassis BHL 121 was the very first Lister Costin, with 13 being produced in total. This prototype car was used to develop the racer before having a racing career of its own.

Said to be something of a ‘D-Type successor’ after Jaguar’s Brown Lane factory fire, the Costin was designed by Frank Costin, previously of the De Havilland Aircraft company. His aeronautic background enabled him to create sleek aerodynamic vehicles such as the Lotus Mark VIII, Lotus Eleven, and the Vanwall VW5.

This prototype car was one of eight Lister Costins to be fitted with a Chevrolet V8 motor. John Ewer was the car’s first owner, with his shiny new racer delivered from Lister in early 1959. BHL 121 was raced at Snetterton, Goodwood, and Silverstone before being exported to South Africa by its next owner in 1960. The car took part in the first ever Rhodesian Grand Prix and is said to have won the South African Championship.

A period of dormancy followed before a former Team Lotus F1 mechanic, Cedric Selzer, found and purchased the Lister. It was then returned to the UK where David Beckett bought the totally original vehicle. A restoration was undertaken and completed by 1987, where Beckett piloted the Lister in a series of historic events. The car actually won the HSCC and AMOC Championships in 1988 and 1991.

After a succession of new owners, it was then sold at the 1995 Goodwood Festival of Speed Brooks Auction for $184,000. The winning bid came from Vintage Racing Motors who exported it to America to join an impressive collection of classic racers.

Another new owner and second restoration saw the car take 2nd in class at the Monterey Historics in 1999. In 2001 the car claimed pole position at the same event during qualifying against Ferraris, Maseratis, and other competitive Lister cars. Since, the car has been kept in good running order and restored to its original red racing livery of 1959.

Price is upon appointment, but this incredible race-proven machine would be an asset to any collection.