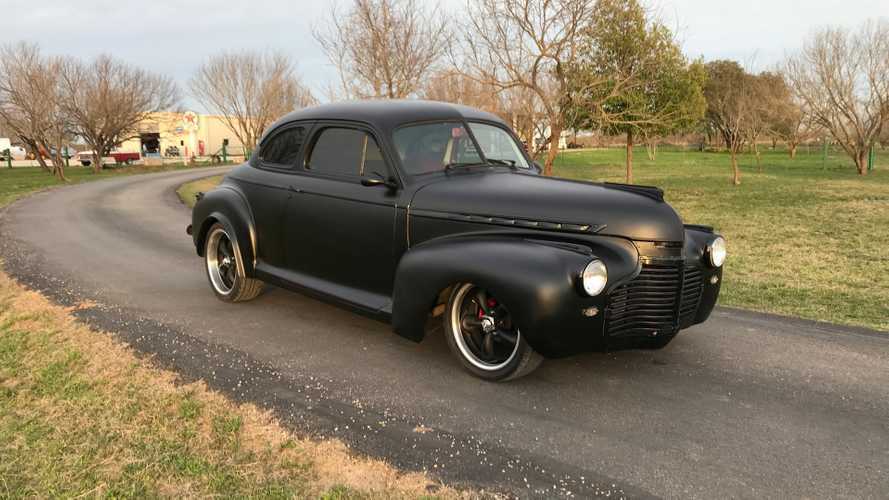 Packing a 454 Ci Chevrolet V8 engine, this modified classic is a potent machine

The war between Ford and Chevrolet dates back to the beginning of time, but really became competitive in the 1940s when most American homes could afford a car. Each produced a series of models to compete for the coveted spot on your driveway, but it was Chevrolet’s Deluxe that proved to be the biggest volume seller of the decade.

You can hammer that point home to Ford fans with this custom Super Deluxe hot rod in our classifieds.This sinister looking machine with its stealthy black paint and lack of traditional chrome work certainly sets it apart.

The sculptural shape of the Deluxe remains largely untouched, retaining its proud hood and flared wheel arches. The shape has been finessed with the rounded headlights integrated into its fenders and any sharp lines smoothed out for a sleeker look. Its also sits hunched forward in a typical drag car pose on a set of Coys black alloy wheels.

Its interior follows the same philosophy of enhancing the original design. The dashboard remains minimalist with Artdeco details, however, new plush red seating has been added, along with seatbelts. The interior is rather spacious with the rear bench providing some practicality to this classic. A new Pioneer stereo and power steering are the only additional luxuries in this cabin.

As impressive as this car looks on the surface, beneath its hood is the real show stopper. Just waiting to be brought to life is a mighty Chevrolet ‘big block’ V8 engine!

We see lots of small block swaps, but the person responsible for this build decided to go the whole hog with a 454 Ci motor. Wearing an Edelbrock Performer 2.0 aluminum intake manifold and 4 barrel carburetor, it dominates the available space in the engine bay. There’s no work on power output, but we’d expect it to be significant. The transmission is a 700R4 automatic with overdrive that directs power toward the rear wheels.

This car not only looks evil, but its powertrain is truly devilish. The current asking price for this hot rod is  $19,950.