Time Capsule F-100 Is Up For Grabs With Incredible Details 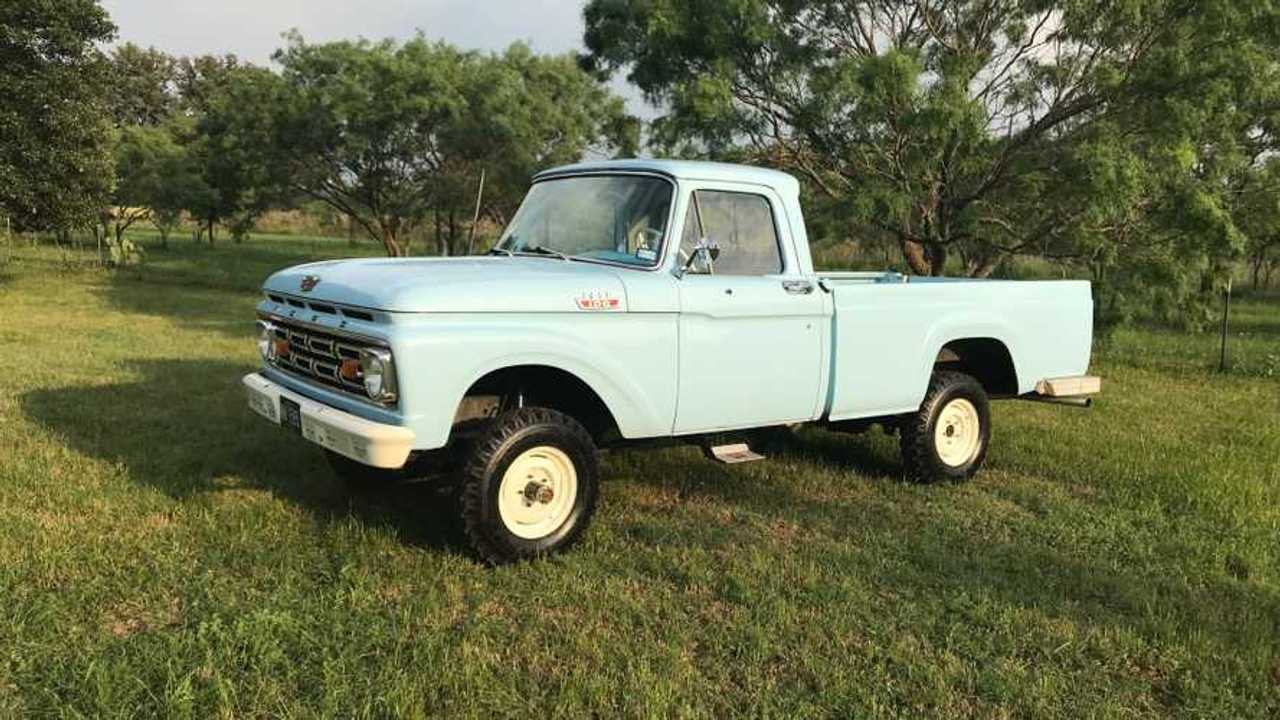 The Ford F Series has been the most popular truck to grace the world since the dawn of time, and today some models from their decorated history are fast becoming some serious collectors items.

This F-100, offered by Street Dreams, is a particularly rare example of the fastidious model range, and sports a 292 cubic inch V8 coupled with a full four wheel drive system. Not only that, but this beautiful truck has just 38,000 miles on the odometer.

The Salvage Title Mustang That Was Thought To Be A Shelby

The Most Evil Truck To Ever Be Mass Produced, The Lightning

Some period features remain incredibly intact, such as the range of local camping permits that adorn the front bumper that range from 1972 to 1979. Venture round to the door jam and a highly original service sticker from Quaker State Motor Oil remains in exceptional condition. Step inside and the factory original user guide for the transfer case is still as clear as day on the sun visor above the driver. It’s features like these that usually get eroded by the sands of time, but somehow are preserved to perfection on this ‘64 example.

Look further inside and the condition continues to overwhelm. The fourth generation F series pickup had steadily made the move towards a more consumer based product rather than the commercial truck it was originally born as, and the interior of this F-100 certainly follows that assumption with the matching blue carpets and seat fabrics.

Whilst looking exceptional in every way, the mild patina from the last 55 years adds a story, much like the stickers alluding to family vacations in the seventies, this F-100 is a true time capsule of its era.

Considering its condition along with its specification, this truly is one special vehicle, with the vendor suggesting that as few as 3000 examples in this specification were manufactured. Whilst that figure may seem high, if one thinks of how many F-Series pickups have been made, that really is a rather rare proposition.