Perfect Entry Route To C2 Ownership With This Corvette 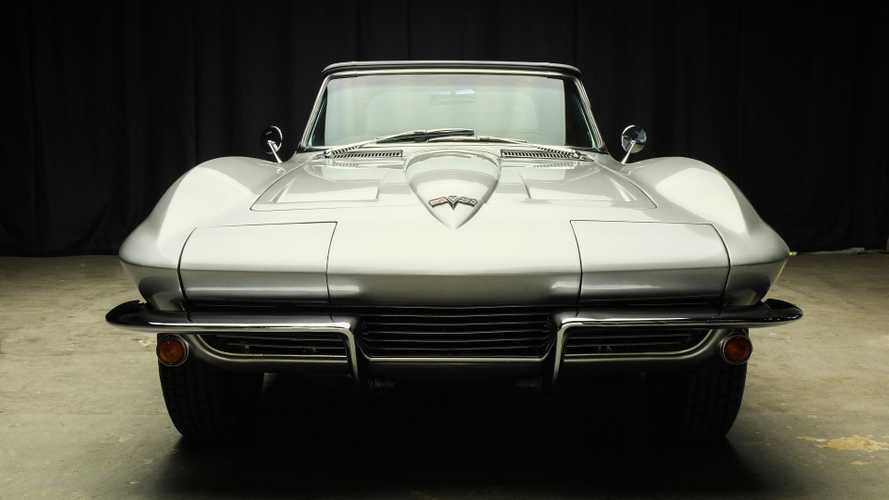 This 1964 Stingray convertible is a matching numbers 327 engined example with trim tags proving the paint and interior are factory correct.

Now onto its eighth generation, the car has all but changed beyond recognition when compared to the original C1. Despite so many iterations, it’s widely accepted that the C2 is the most sought after, and as we all know is referred to as the Stingray.

The Corvette has been an American institution for seven decades now, coming to be from the desire to give the Europeans something to think about. Despite the initial Corvette being rather poor in contrast with expectations, the C1 originally debuted with a straight six and rather wooden handling despite the fantastic looks.

Celebrate A Sports Car Legend With This 1978 Chevrolet Corvette

This was until a young man named Zora Arkus-Duntov walked onto the scene. The European immigrant escaped the Russian revolution and had also been a gold smuggler before joining GM to work his magic. Now known as the Father of the Corvette, Zora was heavily involved in the Stingray’s development.

Despite huge efforts, Zora couldn’t convince bosses to make the C2 a mid-engined car, and the traditional layout remained. America’s obsession over the V8 meant that engineering such a car would have been a tad pricey and a V6 power plant would have been more likely.

The example featured here, offered by County Corvette, is a real head turner. Playing host to the 327 cubic inch motor, it pushes out 365 horsepower via the four speed manual transmission. Perhaps more importantly, however, is that the drivetrain is original to the car. Not only that, but the trim tag highlights the factory correct paint and trim.

For the icing on the proverbial cake, this stunning Corvette comes having been serviced, along with a wheel alignment, new battery, and a set of new tires for the new owner to enjoy. A true ready to roll example that’s arrived just in time for the summer. Happy days!