This Is The Ultimate Michael Schumacher Exhibit 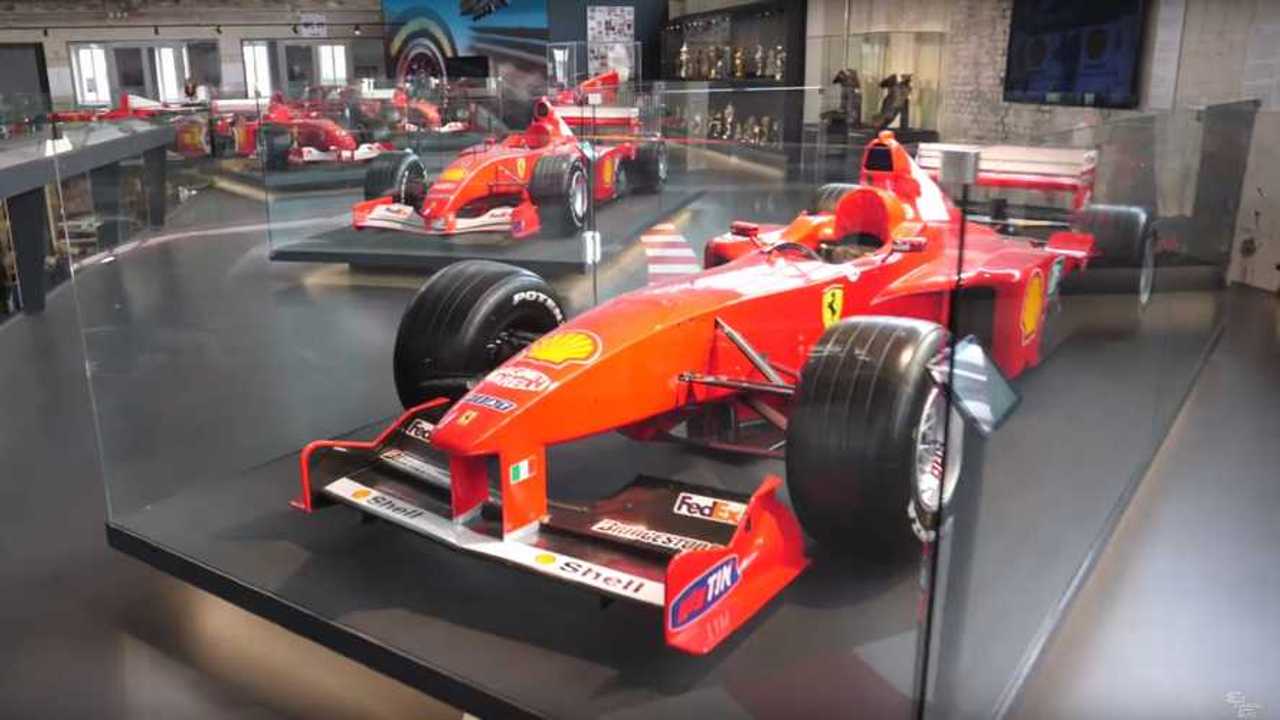 Michael Schumacher is a motorsport icon, and remains the most successful F1 driver ever.

Michael Schumacher remains the world’s most successful Formula 1 driver of all-time. The German brought an almost scientific approach to being an F1 driver, setting new standards for physical and mental fitness. Of course, we all know of his controversies on track, but his talent cannot be denied — he’s a seven times world champion after all. YouTuber Seen Through Glass recently visited the Motorworld Museum and the treasure-trove of classic Schumacher F1 cars within.

The museum itself is in Cologne, Germany and thanks to help from the Schumacher family, Michael’s motorsport legacy is on display in a new exhibit. We often think about Schumacher’s Ferrari dominance as his defining moments, but his motorsport history stretches back much further. The exhibit begins with the German’s go kart and early Formula Ford machine. Success in these junior championships are crucial for a move into F1. Interestingly, his Formula 3 car was powered by Mercedes-Benz, the team he would finish his F1 career with.

His first Formula 1 car was a 1991 Jordan, finished in a distinctive 7 Up livery. While he retired from his debut race, his qualifying position was so impressive that he was offered an immediate position with the Benetton team, and a full season to follow in 1992.

Schumacher won his first world championship with Benetton in 1994 and became the sport’s youngest two-time world champion in 1995. There was plenty of drama along the way, and Michael quickly gained a reputation for not only being fast, but also ruthless.

1996 marked a move to Ferrari, but success wasn’t immediately apparent. The team had struggled with rule changes and simply were not championship material. Schumacher is often credited with helping to shape the Italian team that granted him championships in 2000, 2001, 2002, 2003, and 2004.

Michael Schumacher retired in 2006, but staged a comeback in 2010 to help launch the new Mercedes-Benz team. His first ‘silver arrow’ sits alongside his Mercedes-powered F3 car. The museum is full of other interesting items such as caps, race suits, helmets, and passes.

Sadly, Michael has not been seen in public since a horrific skiing accident in December 2013.

Seen Through Glass states that he’s real Schumacher fan, and this exhibit lives up to every expectation.

You can read more about all things Ferrari at FerratiChat.