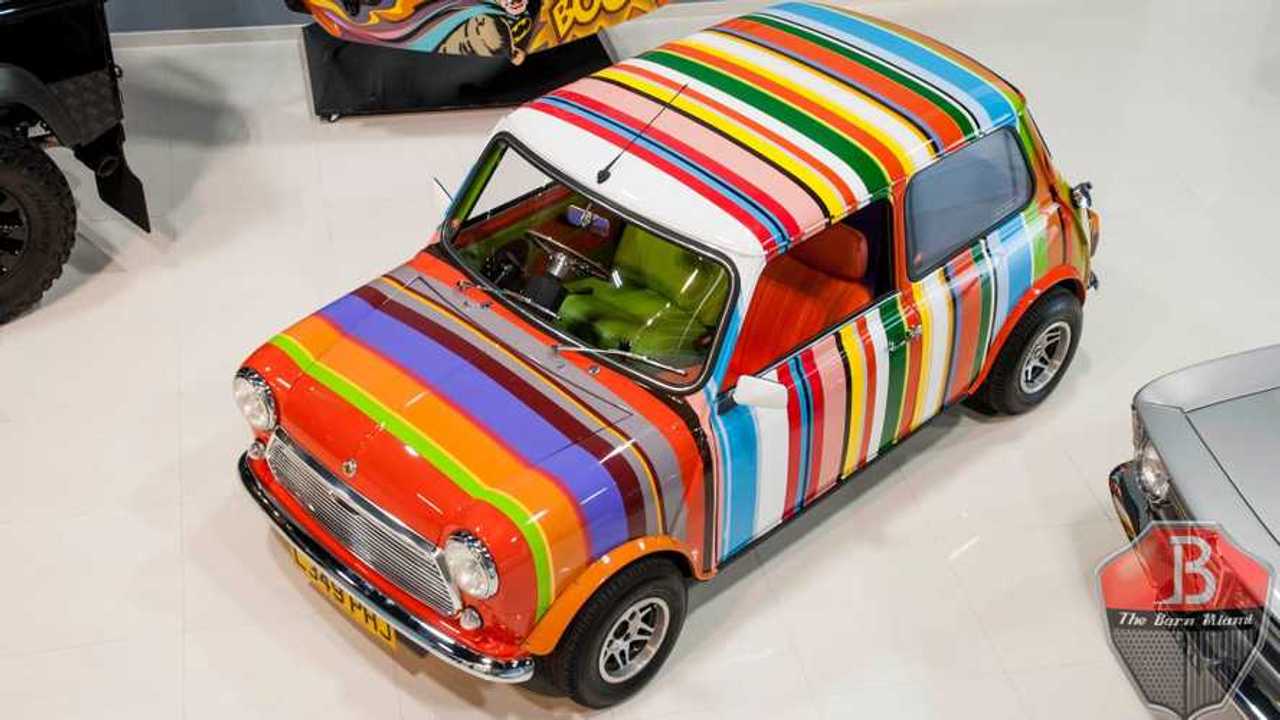 Minis are one of the most customised cars ever made, from coach builders that continue to take the 60-year-old car to new heights even in 2019 to those totally unique home builds, there are no two Minis alike.

The car featured here by The Barn Miami is what looks to be a replica of the Paul Smith Mini. In the 1990s, there were a plethora of special edition Minis that all led up to the final incarnation (the Cooper Sport 500) before its eventual demise in 2001.

Cheap classic Minis – should you do it?

Paul Smith Minis were produced in 1999 and born from the 84-striped, 24-colored prototypes that appeared at the Tokyo Motor Show in 1997. Customer feedback was overwhelmingly positive, and a total of 2100 Paul Smith Mini’s were produced worldwide, albeit in single colors, sadly.

Being a striped offering, this car is sadly a replica, also proven by its 1973 manufacture year. That said, it comes in a fully authentic paint job like the original show cars, and sports some rather attractive deep dish alloys for some added flair.

Look inside and no stone has been left unturned. With fully customised leather seats and door cards adding to the cars awesome design.

Authenticity was clearly a priority to the original builder, with Paul Smith stickers in the rear windows along with what can only be assumed to be a replica Paul Smith bonnet badge, as the originals were made of 24-carat gold.

Being an earlier car, the Mini is running a single SU carburettor on the bulletproof A-Series motor. The '90s Minis tried to get up to date, and the resulting SPI and MPI vehicles are known to be troublesome with their electric fuel injected setup.

Although unconfirmed, we would assume that the UK registration plate – along with it being right-hand drive – proves its origins from the British Isles to add even more garnish to its already cheeky charm.