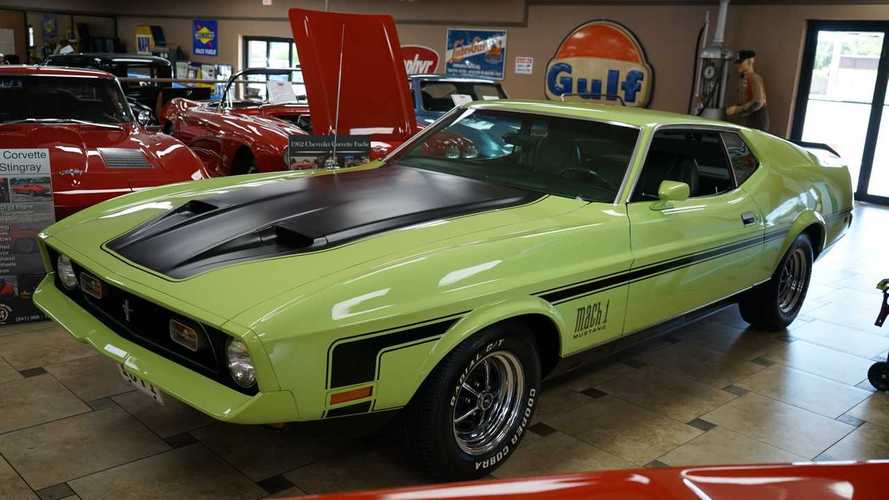 Mach 1 is the speed of sound; 760 miles per hour to be exact. Whilst this Mustang, like any production car, falls rather short of that particular speed, it is one of the rarer Mustangs from the seventies and has one kick-ass name to boot.

The Mach 1 was a performance orientated package that debuted in 1968 on the first generation facelift model. Black accents and some deep spoilers made this one angry looking car, and the second generation was guaranteed to have a follow-up.

Most of all, Ford wanted to continue their insane sales figures of the Mustang since its debut in 1964, and they decided the way to do that was to draw in the younger crowd via the joys of customisation. Think of it as Fiats business model with the 500, just in a car far cooler with a burbling V8 for company. If only they made them like this still...

This fine looking example is a 1971 car, offered by Ideal Classic Cars. Featuring the ‘H’ code 2V 351 cubic inch V8, the Cleveland was shorter and heavier than the Windsor V8s, whilst also using cylinder heads that were largely similar to those found on the Boss 302. Breathing was the order of the day.

Rated at 250 horsepower, the ‘H’ code provides power-a-plenty from the two barrel carburettors, yet the four-barrel models added a further 50 horsepower for $48 on the options sheet.

Finished in rare Grabber Lime, it certainly looks the part, with an equally seventies specified interior that’s specified as Dark Green Knit vinyl. Power brakes and power steering are fitted to the car too, meaning L.A’s traffic won’t pose a problem if you wanted to be really adventurous and use it as a daily. The Select-Shift Cruise-O-Matic transmission seals the deal, in our eyes.