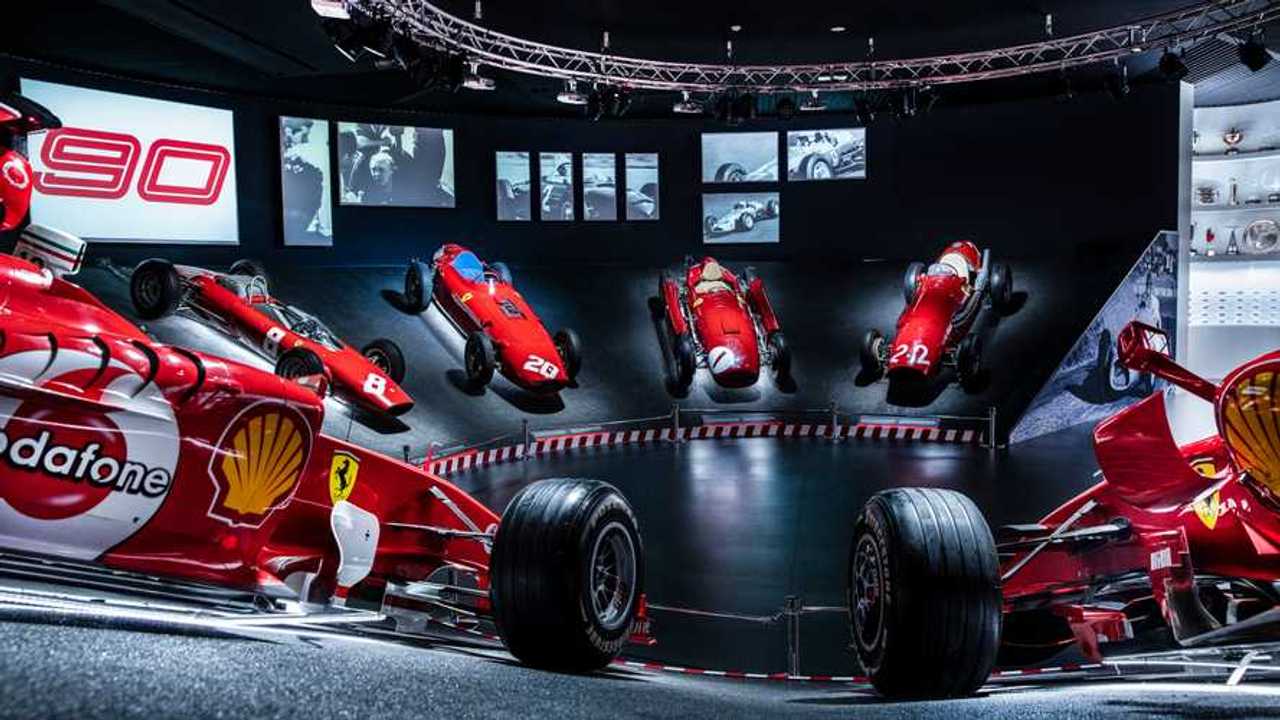 In 2019 Ferrari celebrates 90 years in Motorsport. This breathtaking display charts its history

It is undoubtably the most iconic name in motorsport, a symbol of performance recognised all over the world. Scuderia Ferrari is a legendary marque that came into the world of motorsport 90 years ago in 2019. This incredible milestone is being celebrated via a special exhibition at the Ferrari Museum in Maranello, Italy.

The Scuderia’s distinctive red cars have been driven by some of the finest pilots in the world, at many prestigious events, and in multiple disciplines. First known as Società Anonima Scuderia Ferrari, fielding Alfa Romeo cars before building its own, the team saw great success. Its first victory came in 1930 at the Trieste-Opicina Hillclimb where Tazio Nuvolari was unbeatable. The Prancing Horse has never looked back since.

The new exhibition in Italy hosts plenty of motorsport history and the cars that made it. It’s bookended by an Alfa Romeo 8C 2300 Spider — the first car to wear the legendary Prancing Horse — and last year’s SF71H Formula 1 car. Between these two scarlet racers are icons such as Alberto Ascari’s double world championship winning D50, Mike Hawthorn’s Dino 246 F1 that pipped Stirling Moss to the post, John Surtees’ Ferrari 156 F1, the revolutionary 312T of Niki Lauda, and Michael Schumacher’s F2004 car that dominated the sport. That is just a tase of the full roster!

While many of the exhibits are Formula 1 related, Ferrari’s closed-wheel racers are also celebrated. The 166 MM that granted the team its first Le Mans 24 Hour victory plays a big part, as does the 275 P that won the 12 Hours of Sebring, Nürburgring 1000km, and the 24 Hours of Le Mans.

The museum is also running a ‘hypercars’ exhibit that highlights the machines that have provided huge technological leaps for the marque. Cars such as the Ferrari 288 GTO, F40, F50, Enzo, and LaFerrari all star in this eye-catching feature.

If you’re heading to Italy, make sure you visit this scarlet cathedral dedicated to Enzo Ferrari’s vision. The two exhibits will be on display until May 2020.

You can find out more about Ferrari at FerrariChat.