This Is The Perfect 1988 Chevrolet Monte Carlo SS 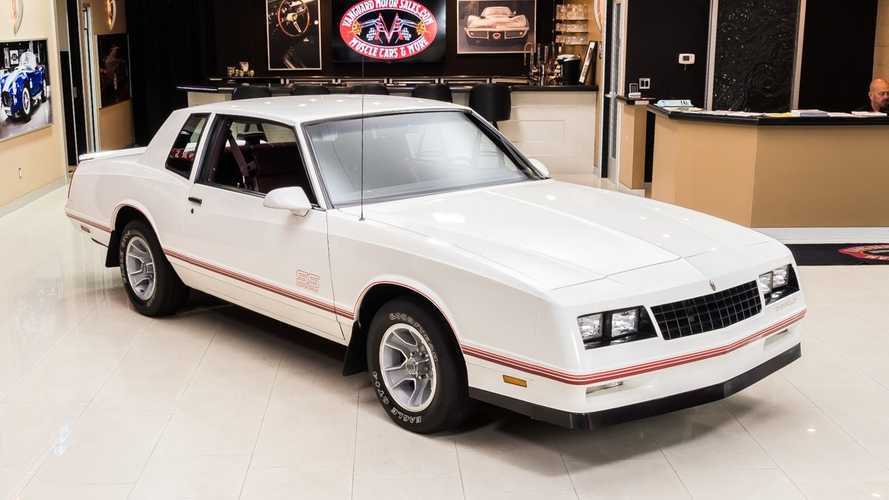 The Chevrolet Monte Carlo’s history spans some 50 years, on and off, as well as six generations. This two-door coupe was a desirable Chevy, however, by its fifth incarnation it had somewhat lost its way and become a forgettable front-wheel drive model. Its predecessor was the last great Monte Carlo.

Listed in our classifieds is one of the most pristine fourth-generation Chevrolet Monte Carlos we’ve ever seen. Finished in its original white paint with a red pinstripe, this 1988 SS example looks like new. Its purposeful boxy stance is as distinctive today as it was back in the 1980s, and those dished wheels are a perfect period feature of this performance car.

If you think the exterior looks impressive, you should take a look inside. Its burgundy cabin is a real blast from the past, with the ‘time machine’ effect made real by its immaculate condition. This well appointed space is full of plush materials, but also many sporting features such as a two-spoke steering wheel and red-trimmed instrument cluster. Luxuries such as power steering, power brakes, and a cassette player also feature.

Being a Monte Carlo SS, under the hood is a numbers matching 305 Ci V8 engine producing 180-horsepower. Its four-speed 200R4 automatic transmission is also original to this car, making it a great cruiser. The engine bay and underside of this SS are as well presented as the rest of the car, highlighting that it has been well cared for over the past 31 years.

This highly original car has covered just 7156 miles from new and appears in exceptional condition from its picture. There is plenty of documentation to go with this Monte Carlo, along with the owners manual and even the original spare tire.

If you’re keen to add an impressive 1980s American classic to your garage, this Chevrolet is listed for $32,900.