Take On The Town With This 1954 Chrysler New Yorker! 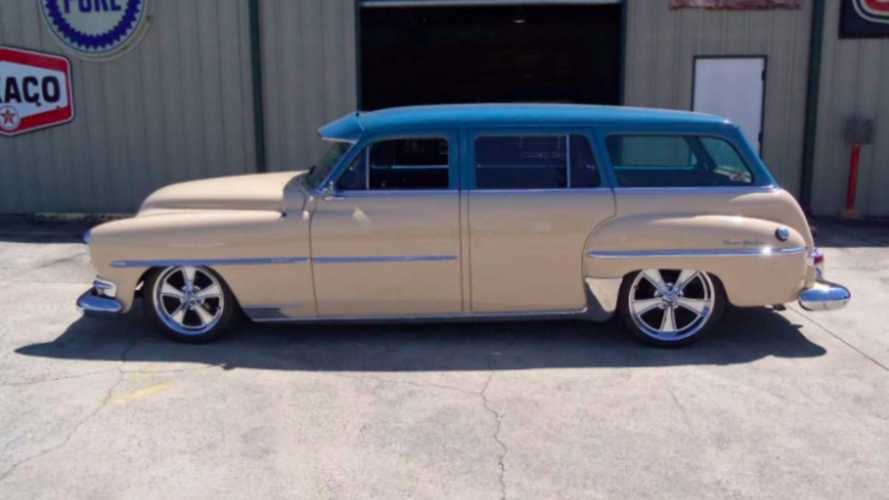 This 1954 Chrysler New Yorker is an incredibly rare survivor. Got room for one of America's overlooked greats?

Any 'New Yorker' can confidently be said to be a resident of the Big Apple. It’s also the name of a hotel in Manhattan, a magazine, a sandwich, and a car manufactured by Chrysler for fifty-six years. We've found a perfect example of such a car too, courtesy of Vicari Auctions of Louisiana. Check it out!

More Chryslers!
Incredible 1937 Chrysler Airflow Offers Some Serious History
Would You Hate On This 1990 Chrysler TC By Maserati?

Think calling a car after a place is somewhat strange? Think again, it has been done time and time again by various automotive manufacturers and for a considerably long time.

Do the names Alfa Romeo Montreal, Dodge Daytona, Austin Cambridge, Lancia Monte Carlo, Ferrari California, Lincoln Versailles and Morris Oxford ring any bells?  Yup, it’s been going on all around and most of us have barely noticed.

However, the Chrysler Corporation noted the trend decades ago and have not only named one of their models after New York City but also Cordoba, Sebring, Aspen and Newport. That’s just showing off!

Given that the Chrysler Building is one of the most famous skyscrapers in New York, it should be no surprise that, in 1940, they released the New Yorker model range.

Moving into the mid-1950s, Chrysler were angling more towards V8 power, courtesy of the popular FirePower Hemi, rather than sticking with more traditional six cylinder powerplants.

All 1954 New Yorkers came with a new two-speed Powerflite auto transmission, which if fitted in the DeLuxe model had to contend with up to 235hp. At the time, none of Chrysler’s rivals were handling that kind of power load and consequently, the auto transmission had to be notably robust to keep pace.

This particular New Yorker is due to be sold at the 2019 Atlanta auction, taking place 28th-29th June, courtesy of Vicari Auctions of Louisiana. This example is a long wheelbase edition, making it an exceptionally rare survivor.

Benefitting from a comprehensive nut and bolt restoration back in 2010, this 1954 Chrysler New Yorker, finished in flawless cream and sky blue paint, has been recently valued at $80,000. Complete with a full file of documentation that details its recent return to full working order, it’s clear that no expense has been spared.

Many parts have been sourced from other vehicles including a completely rebuilt 440 big block from 1977 while the front sub-frame, brake booster and master cylinder comes from a Chevrolet Monte Carlo.

Granted such an eclectic array of alternative spares being utilized may not be to everyone’s taste but it seems almost forgivable when you take into account the very nature of New York's melting pot of cultures that makes up its residential demographic.

Combined, these parts allow an unusual 1950s Chrysler to keep moving and to drive incredibly well.  We all love a completely original classic, one for the purists, but equally a car that can still be used on a daily basis despite being first sold new 65 years ago is, to many, equally admirable. Get a closer look here.