Ready For A Whirlwind Affair With This 1969 Oldsmobile Toronado? 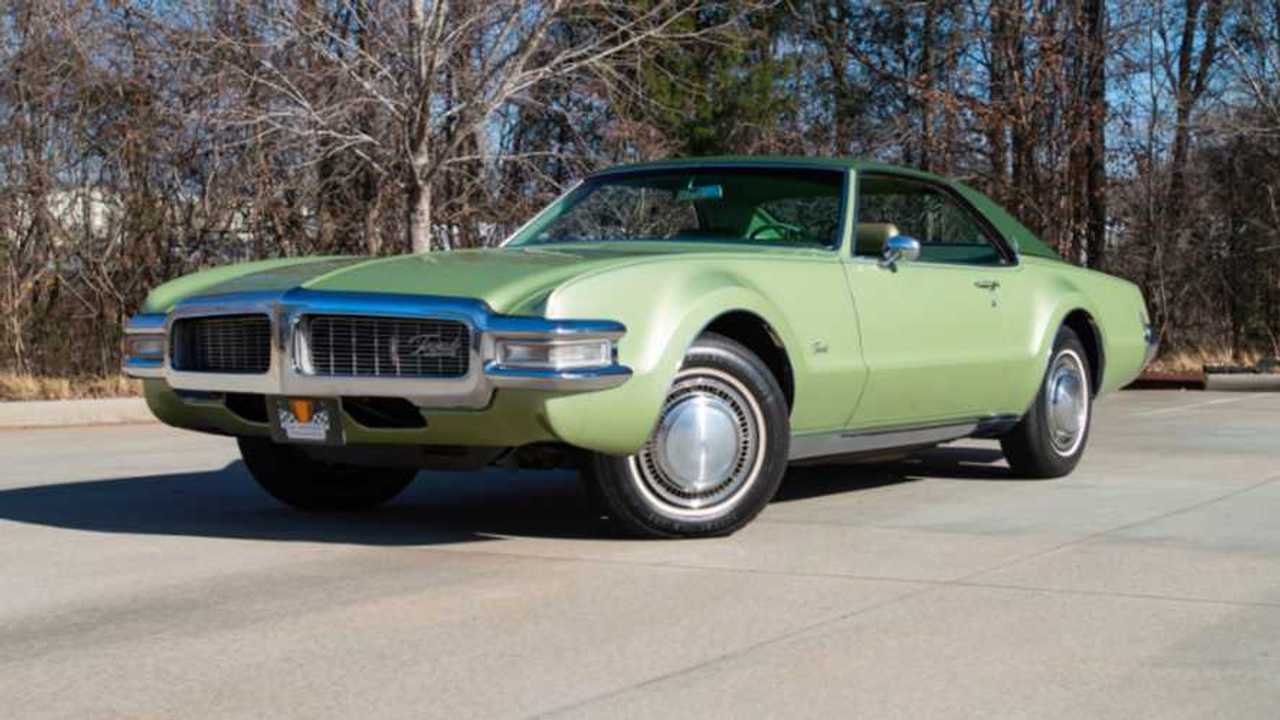 Often overlooked by those seeking a classic American muscle car, we think this 1969 Oldsmobile Toronado is well worth that space in your garage

Think green is an unlucky color, or just not your preferred shade upon the colour spectrum? After a mere glance in the direction of this epic 1969 Oldsmobile Toronado, you may find yourself wishing to re-consider.

More Oldsmobiles!
This Oldsmobile Might Be The Lowest Mileage Example In Existence
British With A Dash Of Muscle: Oldsmobile V8 MGB GT For Sale

Spin a colour wheel around fast enough and the multitude of colours disappear anyhow, just like this Toronado when you max out the pulsing Rocket V8 that Oldsmobile were so renowned for.

Gallery: Check out this 1969 Oldsmobile Toronado

Much like Shakin’ Stevens might have done, as soon as we saw this Oldsmobile Toronado from the epilogue of the 1960s, we wanted to know what was behind those green doors. Lengthy, bold and packing more shades of green than a comprehensive stretch of forest in springtime, this Toronado is eye-catching from every angle – inside and out.

It’ll take several walks around the Toronado’s impressive profile just to absorb all the intriguing details that beg for attention.

Capitalising on the ‘space age’ craze of the 1950s and 1960s, as well as the popularity of their famous Rocket V8 engine, the Oldsmobile logo was that of a rocket in flight, complete with a plume of flame streaming out of the back.

An ultimately cool badge for one of the oldest American automotive manufacturers if ever there was one.

Oldsmobile were likely very aware of the ‘chic factor’ they possessed then too, because they didn’t just reserve their insignia for the metal badges. If the black of midnight fell and you were out on the road, watching fellow drivers pass by ‘til that morning came creeping, you knew what kind of car had passed you without even seeing a badge glint under the streetlights.

You always knew an Oldsmobile had driven by thanks to that famed silhouette of a rocket gleaming out from lights on the side of the rear panels.

When launched in 1966, the Toronado was the largest and most powerful front-wheel-drive car produced in the US, with at least 385hp at the driver’s disposal powering its way through a Turbo Hydra-Matic automatic transmission. It’s no wonder that Motor Trend magazine were quick to elect the Toronado as their ‘car of the year’, mere months after Oldsmobile had released their daring model.

And the Toronado driver, who knew exactly what secret he was keeping, could watch their speed climb in an all-together fashionable way as a black drum, dotted with bright white numericals, quickly rotated around to deliver the mph readout much as a slot machine displays its spinning reels. Jackpot!

Having passed through the hands of two attentive owners and accumulating just over 28,000 miles on the odometer in near five decades, this Oldsmobile Toronado still epitomizes the pinnacle of luxury as originally intended.

Benefitting from a full re-spray seven years ago in the lively pigment of Meadow Green Metallic, this Toronado personifies sophistication with its pine green roof, fine green pinstriping and 15-inch Cooper Trendsetter whitewalls.

So what are you waiting for? Being sold for $28,900 by RK Motors in Charlotte, North Carolina, just say Motorious sent you and no one will dare laugh out loud from behind the green doors.

Get a closer look here.