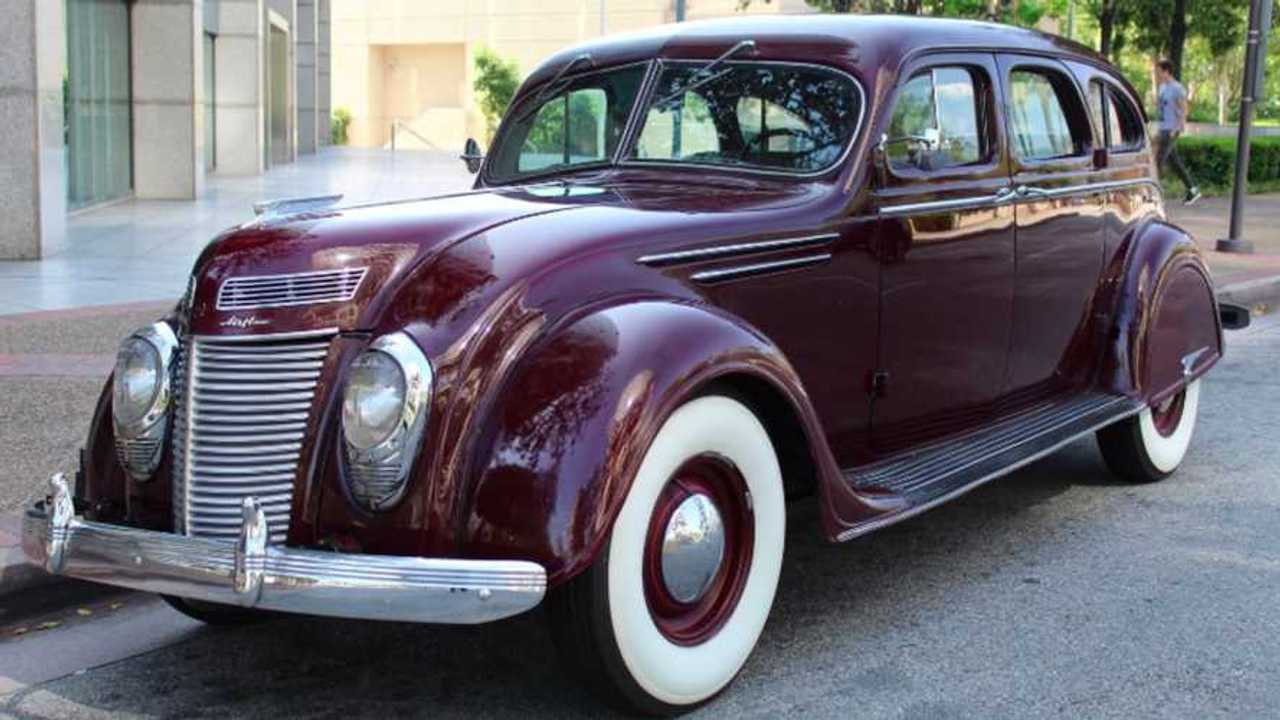 The Chrysler Airflow remains one of America's most significant automotive creations. Very rarely do they come up for sale on the open market – but we've found one!

Whether you’re specifically on the hunt for a Chrysler Airflow or not, we think this is a listing well worth looking at purely for enjoyable insights into automotive history and engineering. These cars very rarely come up for sale. Most of us have only ever seen one in a museum, making this the perfect opportunity for any serious collector to bag a significant chunk of American automotive history.

A car is generally considered a classic when it either reaches a notable age, starts a new trend, or because it set a new benchmark in vehicle technology and development upon launch. The Chrysler Airflow did all of these things, and with sheer tenacity on behalf of some truly pioneering engineers.

This Chrysler Airflow, in an attractive shade of burgundy and now over eight decades in age, comprehensively ticks all the boxes thanks to six years of secretive research conducted by the Chrysler Corporation, thorough wind tunnel testing as well as lengthy consultations with aviation pioneers – the Wright brothers and the Mayo brothers of the Mayo clinic.

It was a great deal of effort for a manufacturer to invest in a car but it was all to solve some niggling problems. Why did giving a vehicle an engine of twice the power only result in a quarter of total speed gained?  And why did motorcars that were typically shaped for their time drive 30% more efficiently if driven backwards?  Something inherent in vehicular design was holding vehicles back from their true potential, but what was it?

To gain a basic understanding, next time you drive a car, briefly stick your arm out of the window.  The buffering force you feel pushing your hand and arm backwards is what your car is pushing against all the time that it is moving.

To gain a considerable increase in top speed, you would either have to fit a much larger powerplant or you could try what Chrysler started with the Airflow – shape your vehicle in accordance with aerodynamic principles and create a bodyshape that creates an air path of least resistance.

Chrysler was meticulous in following the theory, even fitting a curved waterfall grille on the front of the Airflow, ensuring nothing created unnecessary drag.

The Chrysler Airflow was a concept car brought to life. Amongst its many innovative features – all firsts on a car – was a curved windshield, unibody construction, an automatic overdrive system, tube tyres, a pedal starting system, a reserve gas feature, front seat room for three, rear passenger seating that sat at the same height as the front and an interior hood latch.

Chrysler dared to be different and many of those very same quirks, that were brand new in 1934, continue to influence our automotive designs in the modern day as we move into developing electric drivetrains and driverless mobility.

Quite simply, the Chrysler Airflow was remarkable in its time and remains admirable now. Dare you enjoy the original source of so many features that we so often take for granted? If so, this example is for sale courtesy of Vintage Car Collector in Glendale, California and requires merely an old-fashioned enquiry by telephone to get the Airflow going.