Is This The Coolest Second-Generation Range Rover Of Them All? 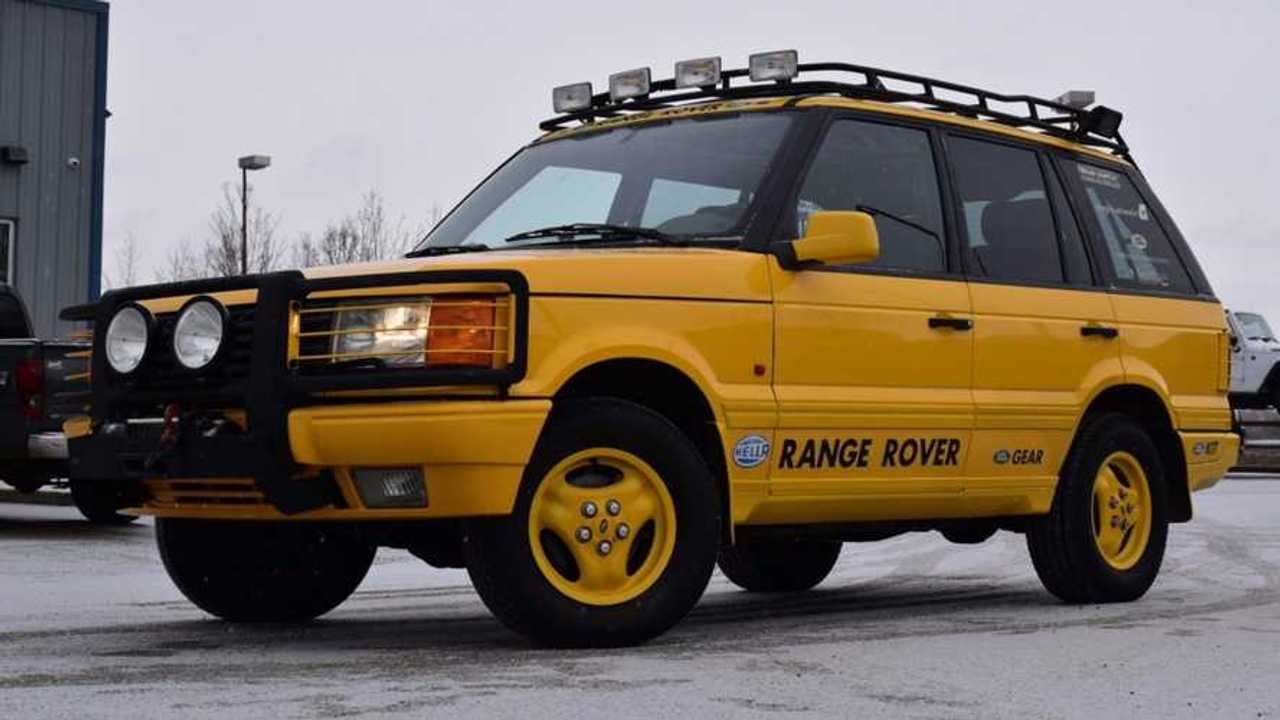 Meet Beatrix Kiddo in car form – this delicious Range Rover P38a 'Trek Edition' special, of which only 25 were ever made

Driving a bright yellow 1997 Range Rover HSE Trek across a frosted car park is about as subtle as Kill Bill’s Black Mamba slicing off an assistant’s arm to make the point of having unfinished business. We love it!

If you’re looking for a resilient classic that’s tough enough to take on just about anything, the mammoth second-generation Range Rover, codenamed as the P38, could prove as useful as a Hattori Hanzo sword.

It’s not often that the vehicle in one of our listings almost eclipses the dealership building within which it is for sale. We jest, for if you factor in 'some small or far away' logic from TV’s Father Ted, the dealership with Adrenalin Motors of the Central Alberta region is dwarfed by the king of off-roaders due purely to its color.

That very visual illusion, in combination with this Range Rover’s striking Sahara Yellow paint, certainly managed to catch our eye! And it could be yours for just under $11k.

And that’s no bad thing for, like Black Mamba’s sharp weapon of choice, this P38-shaped instrument is quite impressive. Where was it made? In Solihull of Great Britain just like all other Land Rovers before it. You’ll even find a Union Jack attached to the headlining inside to confirm its roots.

Serving as the direct descendant of the legendary Range Rover Classic, the Land Rover that was famously said by Roger Moore to “drive itself” in the legendary TV show The Persuaders!, the P38 built even further on the impressive off-road abilities of the British marque while adding a whole other level of comfort.

The angular bodywork still looked remarkably familiar, while the front headlamps had become rectangular and housed within an imposing grille.

To add to the Range Rover P38’s already imposing stance, this particular example from 1997 also comes with a roof rack complete with rear ladder, six mounted Hella lights above the cab as well as two spotlights attached to the bush bumper up front.

Should the improbable happen and you find yourself stuck out in the wilds, fear not for there is also an attached Warn winch that comes with significant pulling power. If anyone dares ridicule you while it’s pulling you out of harm’s way, chances are they’ll find themselves apologizing to you soon enough.

Thanks to a mighty 4.6-litre V8 at your command and a 4-speed auto transmission nestling in the central console, like O-Ren Ishii in her snow-covered Zen garden, you can attack in testing conditions with everything you have.

Perhaps you can’t fight like a samurai but take comfort in knowing you have one of only 25 ‘Trek Package’ Range Rover HSE models ever made and as last looks go, you could do worse.