Do You Want It All? This 2007 Jaguar X-type Sportwagon Can Provide 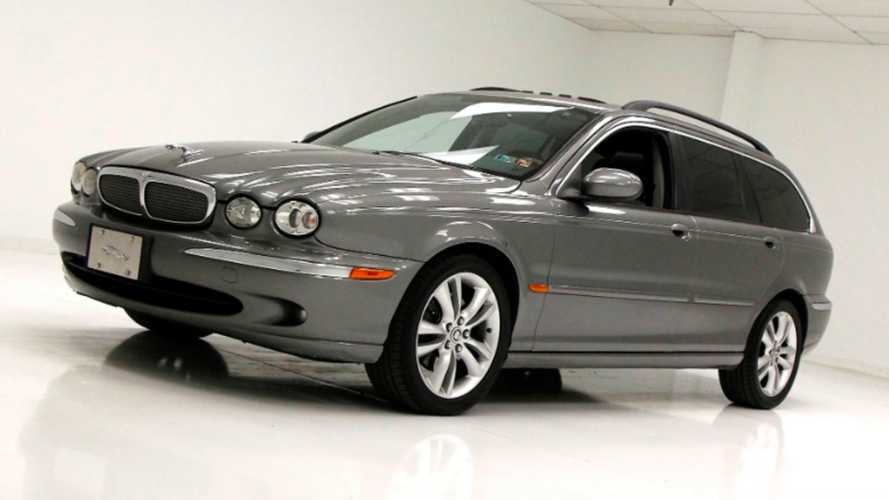 So, you think that estate cars are all glum and bland? This 2007 Jaguar X-type Sportwagon should change your mind quite proficiently...

Do you want it all and do you want it now? Well, adventure seeker, you may just be looking at the very classic listing that can deliver everything in the form of this sleek 2007 Jaguar X-type Sportwagon. Come gather round…

There’s a common assumption that the station wagon driver has opted for practicality over continuing to hear the cry of youth. No longer prioritising the thrill to be had from a performance motor, we almost feel sorry for those who’ve opted for increased cubic capacity over exciting times behind the wheel.

Except, with this 2007 Jaguar X-type Sportwagon, that presumption is entirely misplaced. Sure, the extended wheelbase suggests this motor could be the perfect match for the soccer mom or someone with a particularly sizable groceries list, but there’s oh-so-much more to this alley-creeper than what you might first expect.

Glistening shadow gray paintwork, subtly enhanced by slithers of bright chrome, serve as a clear indication of the sheer luxury contained within. You would expect nothing less from the British manufacturer who brought us the legendary XKE back in 1961, leaving us with our mouths agape ever since.

Although Jaguar toyed with the idea of manufacturing a station/sport wagon for several decades, the X-type was the first model to be officially released in this configuration.

Yes, as you’d expect, this Jaguar X-type Sportwagon delivers impressive luggage space; but it does so with deliciously understated elegance, courtesy of luxurious dark grey leather seats all round and a walnut burl finish across the dash that shines like a pearl.

And if you’ve gotta find yourself a future and everyone ought to move outta your way, under that delicately scalloped bonnet is the top X-type specification of a 3.0-litre V6 combined with all-wheel-drive.

Like the leaping cat up front, this will growl menacingly up an empty street, while those front headlamps look just as sinister as the eyes on the tripod martian machines from War of the Worlds. Getting a parking space at Walmart – through sheer intimidation – has never been so easy!

What’s the best part about buying this imposing motor within the US you might wonder? Being sold by Pennsylvania dealer Classic Auto Mall for a mere $7900 – it ain’t much they’re asking, if you want the truth – means you can invest in this lengthy powerhouse for less than the Brits would pay back in the UK. Get a closer look here.

Special Motorious Brownie points given to those who find all the Queen lyrics through this article...