This Ferrari 550 Maranello Is A Silver Stallion 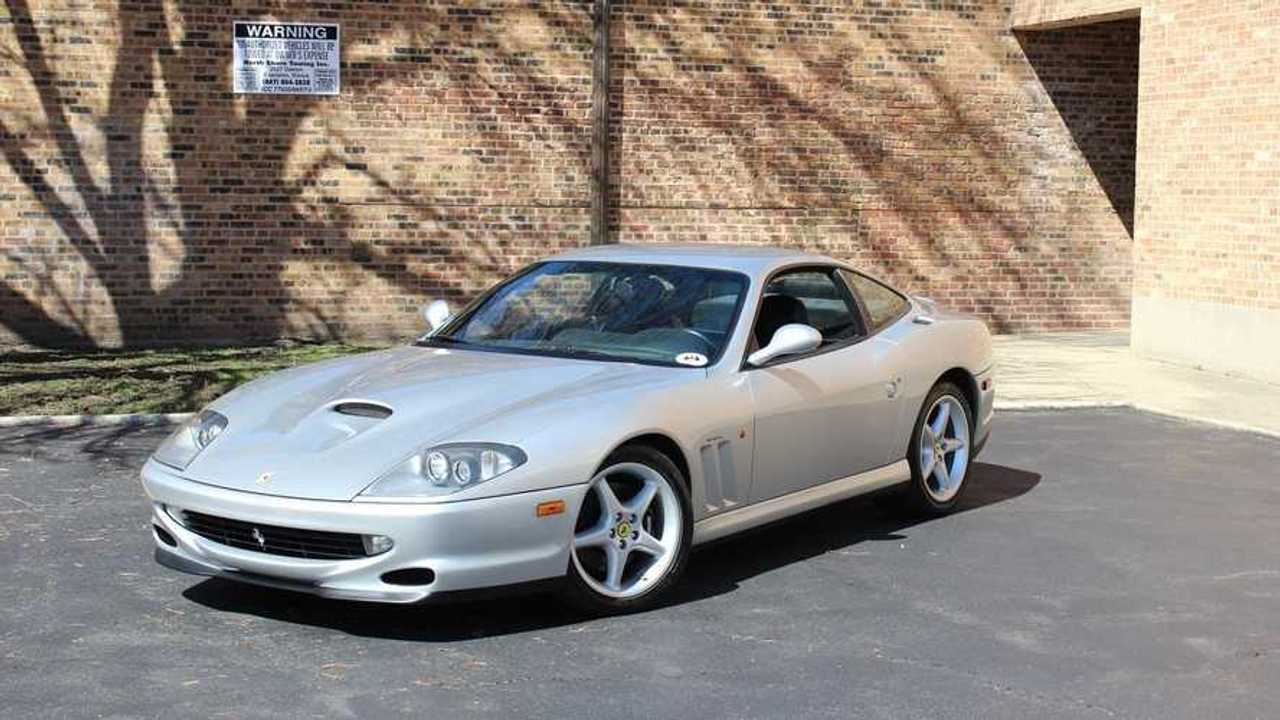 The Ferrari 550 Maranello is an incredible V12 GT car.

When you think of a flagship Ferrari, what color is it? The traditional red hue of Italian racers has become synonymous with the marque over many decades of motorsport success. In fact, during the 1990s, almost 85-percent of Ferraris were ordered in red. Let’s applaud the first owner of this wonderfully specified Nurburgring Silver Ferrari 550 Maranello currently listed for sale with the Chicago Car Club.

What a beautiful specimen this Italian stallion is on wheels! The 550 Maranello was a world-beating V12 GT car of the 1990s and early 2000s. The wedged profile cuts a distinctive shape into its surroundings, while aggressive landmarks, such as a hood scoop and louvers, creates a surprisingly aggressive design. Ferrari makes it very clear from the moment you set eyes on a 550 that it’s no wallowing cruiser. The silver paint compliments the whole car, and is in great condition with any stone chips recently removed.

The interior is finished in black, with high quality materials forming a spacious cabin. Heavily bolstered sports seats are clad in leather and serve to hold you in place when putting this high-performance car through its paces. Its rear cargo shelf adds plenty of practicality for those long-distance trips, and you’ll notice its immaculate condition thanks to fresh reupholstery.

As impressive as the design and build of the car is, you buy a 550 Maranello primarily for its engine. The majestic 12-cylinder powerhouse is in good working order and serves up 478-horsepower — a figure capable of propelling this car from 0-62 mph in just 4.4-seconds, and a top speed of 199 mph. Another sign that this car’s original owner had great taste is that this car features the coveted Ferrari open-gate manual transmission. Not only does it look fantastic as an ornament for the cabin, but it also allows you to conduct that V12 symphony.

Last winter, this Ferrari was at Forest Sportscars of Illinois where it was serviced and received some work to ensure the car is fighting fit. A new timing belt was fitted, transmission cooler lines were replaced, valve cover gaskets and cam seals were changed, both front suspension actuators were rebuilt, and both thermocouple control units were swapped for new ones - prior to all of this, the air conditioning unit was rebuilt. This extensive list of maintenance and the paperwork to back it up highlights an exotic car that has been treated with respect.

In the market for one of the finest handling, sounding, and sought after GTs of the 1990s? Look no further than this example listed for $129,500.