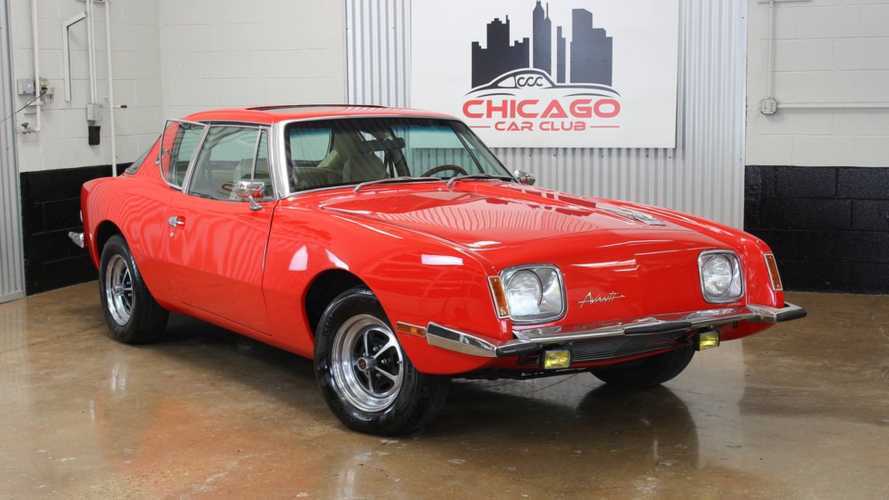 The Avanti II was a phoeinx from the ashes of Studebaker. This is a great example of the American sports car!

It's never a good thing when a car manufacturer ceases to exist, but at least in the case of Studebaker’s South Bend factory that closed in 1963, a trio of local dealers decided to buy it. After acquiring the tooling, premises, truck production, and Avanti nameplate, they decided to put the sports coupe back into production in 1965. This 1980 Avanti II, offered by the Chicago Car Club, is a testimony to those gentlemen's determination.

If you’re quick with numbers, you’ll already notice that there’s a 15 year gap between this car and the Avanti II’s initial rebirth. The Avanti Motor Company eventually went through a series of owners; however, the Avanti II lived on until 1989 before it was replaced with a four-door model. So what made this car so great?

This 1980 example really highlights what a good looking machine the Avanti is in action. There’s something a little 'first-generation Mustang' about its proportions, but it's also the car’s lack of a traditional front-mounted grille that sets it apart. It’s split from convention with an added dose of sci-fi modernism to this stylish model. Its advert is very honest, and admits to there being a few paint chips and mildly chorded chrome work, but the car looks great from the pictures.

The interior is something of a time capsule, and certainly the highlight of this example. Its cream vinyl seats look almost untouched, and the near pristine switchgear is mighty impressive. The well-preserved interior seats four and treats occupants them to power windows, power steering, moonroof, and a functioning heater.

Power comes from a 350 cubic-inch Chevrolet V8 engine, which can’t be 100% verified as the original, but it is more than likely so, and is correct for the car’s period. As present the odometer reads just shy of 73,000 miles.

The Avanti II is a model that endured even when Studebaker went bust. It’s a deserving addition to any collection.