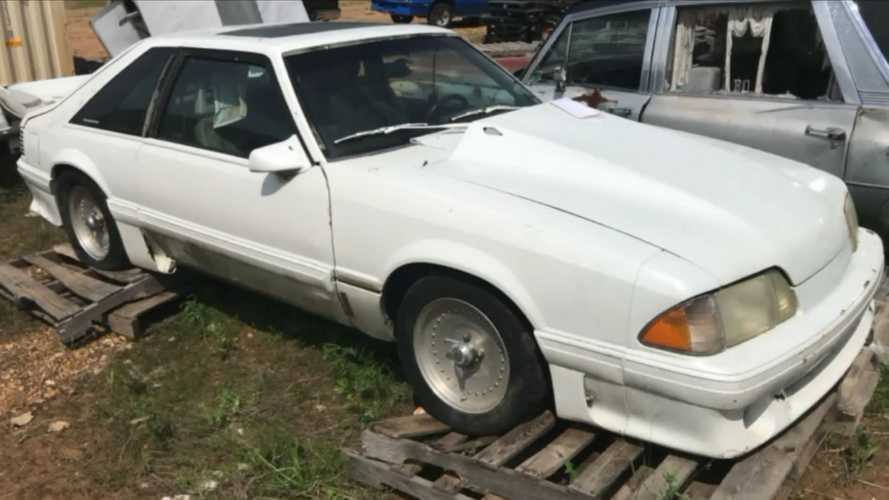 Just who gets this classic muscle car is yet to be determined.

A white 1991 Ford Mustang GT was literally found in a barn in rural western Missouri by the Missouri State Highway Patrol. The car was stolen in Overland Park back in 1993, its whereabouts unknown until now. The new owner of the farm found the car and called police. Normally, the result would be a tearful reunion with the long-lost owner of the little pony. The only problem is police aren’t quite sure who it belongs to.

On the police report, which was taken over 30 years ago by the Overland Park Police Department, the Mustang GT’s owner is simply listed as “John R.” with no indication of a last name. John R., who was 39 years-old at the time, and another owner listed in the report don’t have the same phone numbers as they did back then, which isn’t surprising considering how long ago the car was stolen. This means Missouri police will need to do additional investigative work to find the owner.

Reportedly, the Mustang GT wasn’t exactly in mint condition when discovered. Barns typically aren’t ideal places to store a car, despite the fact many people have done just that and all but forgotten they existed, because they let in all kinds of dust, rodents, etc. Police say the Mustang GT is in poor condition.

It appears the thief or whomever received it afterward was able to drive it on public roads without raising suspicion, thanks to fake tags and VIN. The last time it was inspected for registration was back in 2007, so possibly the Ford hasn’t been running for over ten years. Police say they’ll stick catch up with the thief.

Even if John R. is tracked down, there’s no guarantee he’ll get the car. Ford Motor Credit is listed as the lienholder on the police report, and if the owner neglected to pay off the loan, he might not have any claim to the classic. Its value at the time of the police report was $17,000.