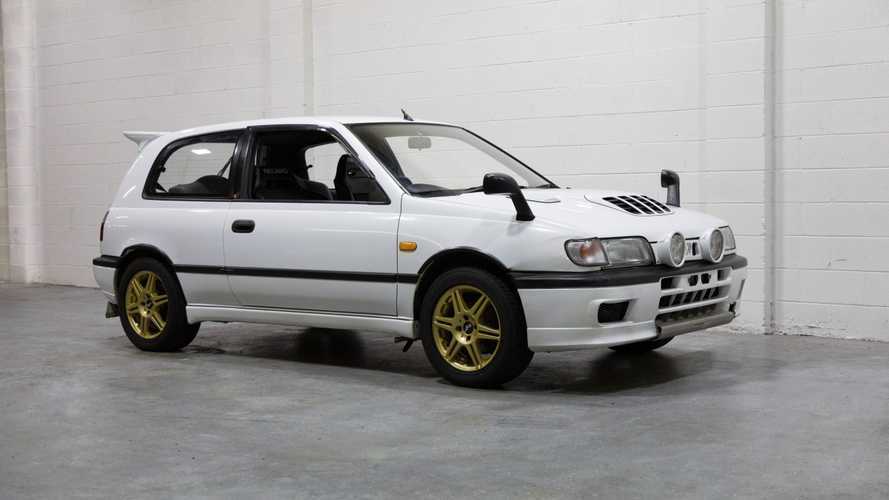 Typically speaking, the Nissan Pulsar is a rather unremarkable hatchback that was design for economy use, as opposed being a vehicle of charisma. However, from humble beginnings came the Pulsar GTI-R, a hot hatchback homologation serving to certify the rally cross variant. What J Spec Auto are offering is something even more special than the already punchy pocket rocket.

This 1993 Nissan Pulsar GTI-R RB Autech is effectively a road-going rally car! Autech were responsible for the motorsport upgrades that result in a 227-horsepower, all-wheel drive, mega hatch. Not many Pulsars received the full performance treatment, with this car stripped of luxuries to weigh 30kg less than its counterparts, and sharing gear ratios with the racer. Autech also fitted front and rear skid plates.

It’s a mean little thing to look at with so much attitude packed into so little bodywork. Large grilles and intakes serve to cool the pumped-up engine, while integrated spotlights give it a real rally car look. The white body and gold alloy wheels are a great anti-social combination that serve to compliment the substantial boot spoiler.

The interior is dominated by a pair of aftermarket Recaro bucket seats, complete with huge bolsters to hold you in place when the road ahead gets entertaining. A three-spoke Nismo steering wheel is presented to the driver, along with immaculate switchgear that has been well preserved for the past 26 years. However, one of this car’s greatest assets is that it retains all of the practicality of a regular Pulsar. That might not sound that exciting, but it means that you can take your miniature rally car on even the most mundane of errands.

There is a small dent in the right fender, but other than that the car is in great condition. The pictures show the fog lights to be cracked, but J Spec has since replaced them.

This hot hatch punches well above its weight, something that will no doubt keep its new custodian entertained.